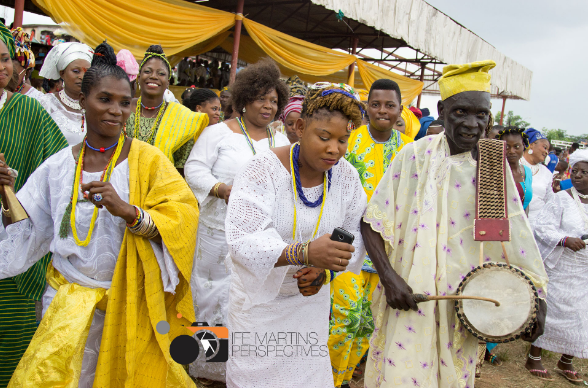 This information is contained in a statement signed by Mr Semiu Okanlawon, the Director, Bureau of Communication and Strategy, Governor’s Office, Osogbo, on Friday.

According to the statement read: “The Osun Government wishes to announce that Monday, Aug. 22 is hereby declared a public holiday.

“The holiday is in recognition of the annual Isese Day, which allows the adherents of traditional religion to come together for the annual celebration.”

The government enjoined all the traditional worshippers to celebrate thr day in peace and avoid any act, capable of breaching the law and order in the state.

Continue Reading
You may also like...
Related Topics:isese festival 2016