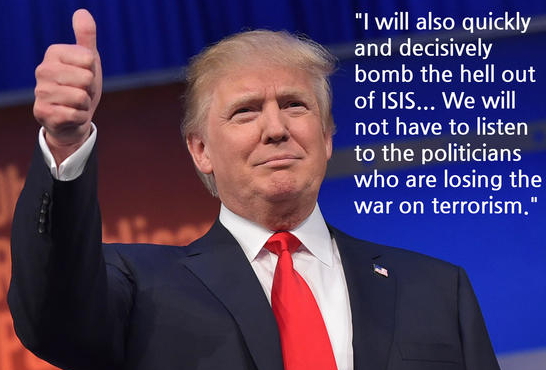 Calling it “the culmination of everything we’ve worked for all these years,” a teary-eyed Caliph Abu Bakr al-Baghdadi announced that ISIS had completed its mission of bringing around the end of Western Civilization.

At ISIS headquarters in Raqqa, supporters were celebrating well into Wednesday morning, with a “Mission Accomplished” banner hanging in the background. Ignoring the Muslim ban on alcohol, fighters were spraying each other with champagne.

“I knew that eventually, with hard work, we could bring about the destruction of America. I just never knew it would happen this quickly,” said one ISIS member. “I would like to thank the Republican Party, Vladimir Putin, the State of Florida, and Scott Baio.”