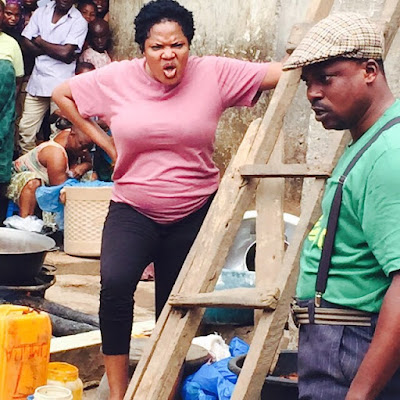 Talented Nollywood actress Toyin Aimakhu Johnson and her crew are currently in Ibadan putting finishing touches to her upcoming movie.

The flick titled Iya Ibadan is being directed by Adebayo Tijani. 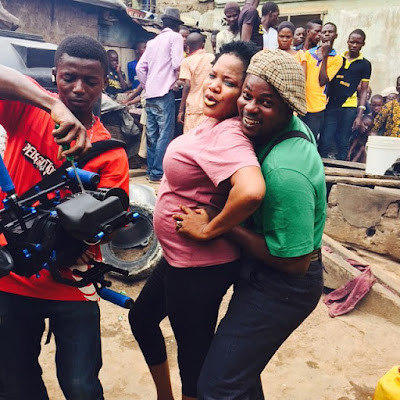 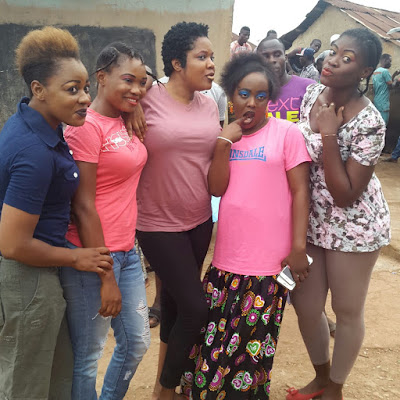 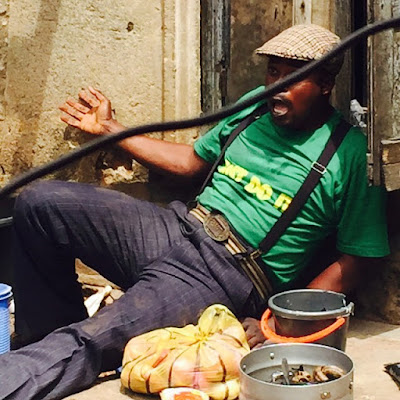 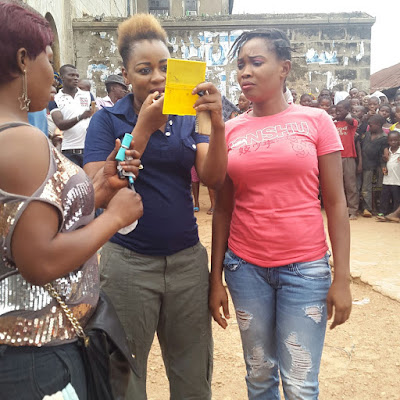 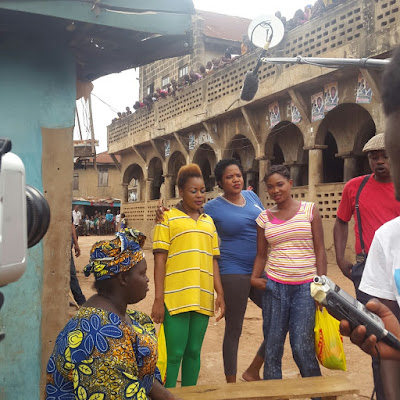