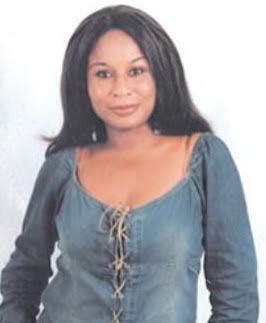 The Entertainer caught up with Tara West during the 14th anniversary celebration of her charity, Children of Abraham Professional Society (CAPS). In this quick chat, the Pastor of Temple of Living Waters opens up on her 32 years in entertainment, sexual harassment and how she was treated unfairly.

Talking about Nollywood, why are you not getting roles?

I got into the business at 15 and this is my 32nd year in entertainment. I went into full time acting in 1989 when I started having issues with my music career. In 1990 I stopped dancing all together. I used to be a professional dancer; I was hot like a mermaid! I faced acting squarely and hooked up with late Amaka Igwe and landed the role of Lola Fuji in Checkmate. Then came Nollywood and there was this mad rush. It came with a lot of conditions and the few of us who couldn’t cope with the conditions took a bow.

What were the conditions?

Conditions like your body for a role. Whatever it is we celebrate today came with a lot of conditions. It was your body for a role and I couldn’t do that because I had done all my jobs on merit. I always say that no producer can come out and say I slept with her and gave her a role. Nobody can do that because I did all my jobs based on merit. I am not saying that I am a saint. I have dated one or two in the industry and that was because I desired them. Anyway, I bowed out and went behind the scene and transferred my attention to writing. In the 80s I trained as a director so from writing I went into directing.

Nollywood Has Treated Me Unfairly

I think Nigerians do not know how to celebrate their own. They don’t know how to say thank you. If not for anything, with what I have done for Nollywood, I should not be put in the background. I single-handedly wrote the constitution for AGN and I can beat my chest and say my constitution rules Nollywood. Nollywood has been unfair to me.

For crying out loud there were eight of us who formed AGN. Then the industry was nowhere. We went to embassies, met with individuals and organisations and gave Nollywood a voice. Back then veterans called me and said ‘what are you doing with this mediocres?’ But I said to them ‘just wait five years and see what happens.’ Today, the Nigerian film industry is ruling not just Africa but the world; I saw Nollywood coming.