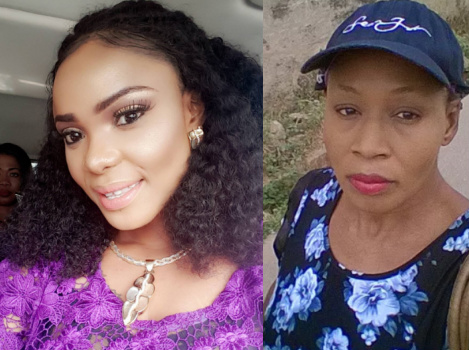 The secret behind madam HNN Africa’s return to prison has been finally revealed.

This was revealed to OAP Daddy Freeze yesterday by an Instagram user with handle @drews_african_barbie.

It was alleged that Iyabo Ojo dragged Kemi Olunloyo to court for defamation of character the same day she (Olunloyo) secured bail for David Ibiyeomie’s case. 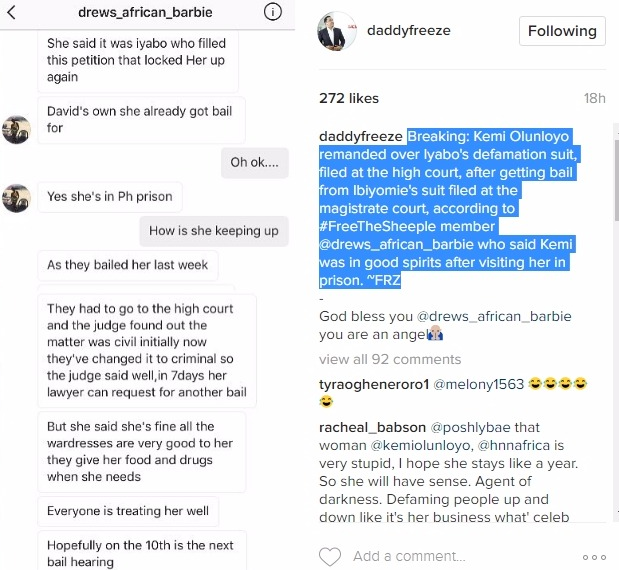 Iyabo Ojo must have some “big daddies” in the Nigerian Police Force working for her.

Miss Olunloyo has been On Iyabo Ojo’s case for so long… Guess this is a pay back for her.