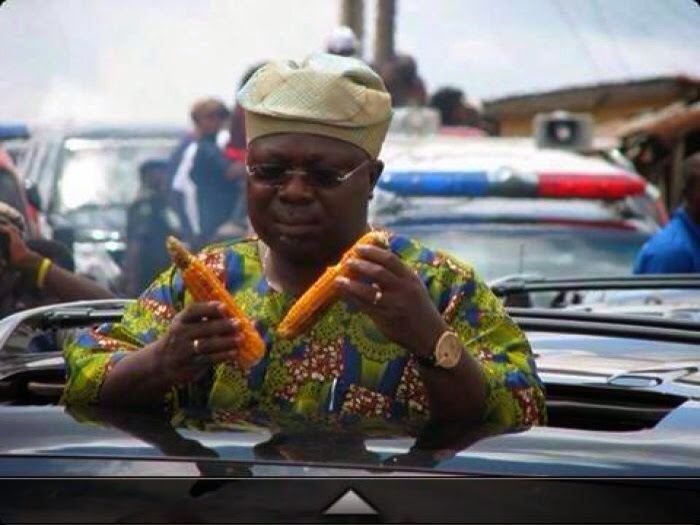 Ever since Dr. Ayodele Fayose won the Ekiti State governorship election, his victory seems to have inflated the hope of Senator Iyiola Omisore, the PDP gubernatorial candidate in the forthcoming election in Osun State. Indeed, Omisore has become so besotted with Fayose’s style of politics, and he has been injecting some of the campaign strategies, used by the Ekiti Governor-elect, into his campaign activities. Over the years, Fayose has built a reputation as a grassroots mobilizer. He has no qualms about mingling with the masses, and they, in turn, shower him with love. 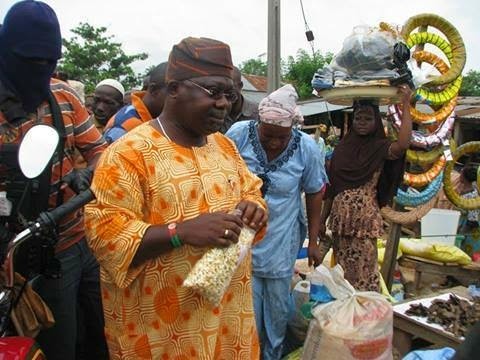 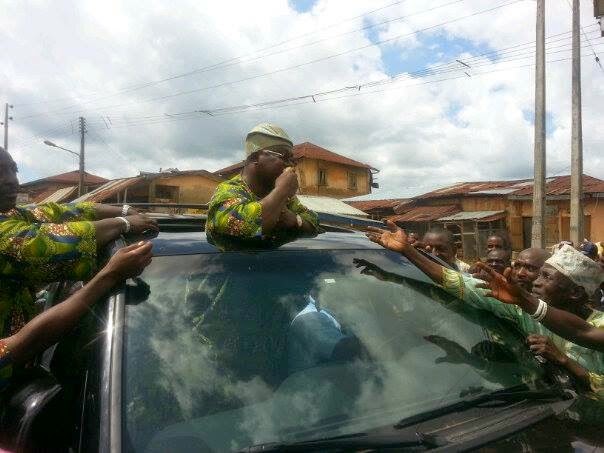 The Osun gubernatorial election is all about the grass root. Omisore, who is more of an Owambe (party-loving) politician, is not unaware of the fact that, his opponent, Governor Rauf Aregbesola, is a great grass root mobilizer. Invariably, he has suddenly found the need to establish a deep sense of connection with the masses. He rides in Okada, patronizes pop corn and roasted corn sellers and engages in intense door-to-door campaign activities. In one of the pictures, the PDP flag was ridding in an SUV with open roof. But instead of waving at the crowd with his hands, Omisore, who had two pieces of roasted corn in his hands, was busy, munching on one while he waved at the crowd with the other corn to show the grass root voters that he identified with them. 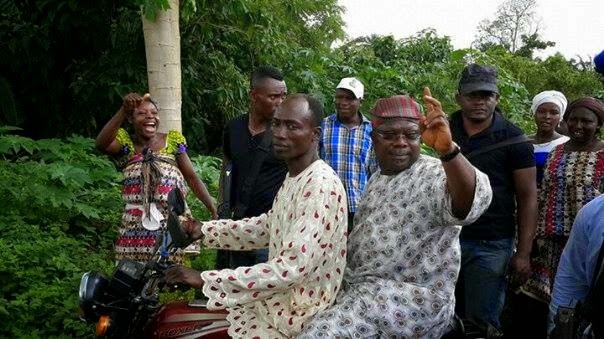 Posing for camera on Okada

However, many have criticized the politician for faking his sudden connection with the masses. His critics are vociferous in their claim that Omisore hardly related with the masses when he was a Deputy Governor and during the period he served as a Senator.
Meanwhile, a federal lawmaker and actor, Hon. Makinde representing Ife Federal Constituency alleged that Omisore is moving about Osun State with a killer squad, all in a bid to ‘conquer’ the government house.