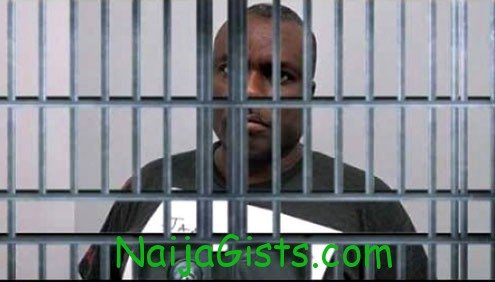 Update: James Ibori has been sentenced to 13 years imprisonment in the United Kingdom

Former Delta State Governor, James Ibori who recently pleaded guilty to money laundering charges in the United Kingdom is about to be sentenced. naijagists.com

As at the time of this report, the presiding judge, Justice Anthony Pitts, rose for a short break after today’s proceedings and would deliver his verdict shortly.

James Ibori could spend 10 years in London Jail for the alleged money-laundering crime.

According to PM report, supporters of the former governor also besieged the court today just as they did yesterday and were ejected by the Metropolitan Police.

During yesterday’s proceedings, two Queen’s counsel, Sasha Weis and Nicholas Pennel, argued heatedly before the court for and against the freedom of Ibori.

The judge, Justice Anthony Pitts, had to ask both parties to come today so that the defence can conclude its plea for mitigation of sentence before passing his sentence.

Ibori had pleaded guilty to 10 out of the 23-count charge levelled against him on February 27, this year. Sasha Weis, QC, who is leading the prosecuting team yesterday called Ibori a thief in Government House.

She said Ibori schemed his way to power just to defraud the people of Delta State. Sasha said Ibori plotted everything before he became governor.

She said: “It is the prosecution case that during his two terms in office, he deliberatetely and systematically defrauded the people whose interest he had been elected to represent. The total sum that Mr Ibori has stolen remains unquantified. Investigation into his corrupt and fraudulent activities are still ongoing.

“However, the sums that are the subject of the two indictments to which Ibori had pleaded guilty amount to approximately £50 million. This sum represents a fraction of the total sum stolen by Ibori and those whom he engaged to assist him.

“The evidence makes it clear that Ibori planned his offences some considerable time in advance of his election to office. He did not become accidentially involved in a pre-existing culture of corruption. He changed his date of birth in 1996, three years before he was elected. This must have been done with the purpose of tricking his way into public office. The evidence demonstrates that from the moment Ibori was elected, he set about enriching himself at the expense of some of the poorest people in the world. His greed increased exponentially during the course of his governorship as did his arrogance.”

James Ibori has faced corruption charges in Nigeria and in Britain, where he was pursued by a police unit which investigates the activities of foreign officials who seek to launder stolen assets in Britain.

What a shame on this selfish politician called James Ibori. Imagine a Nigerian Politician caged like a cat behind bars in London.

Come to think of it, Ibori means cover.

Which kind Ibori do you have ?

Nigerian politicians are the most selfish people on the planet earth.

They bring us shame everyday. God go punish you guys and others tarnishing Nigeria’s image worldwide.