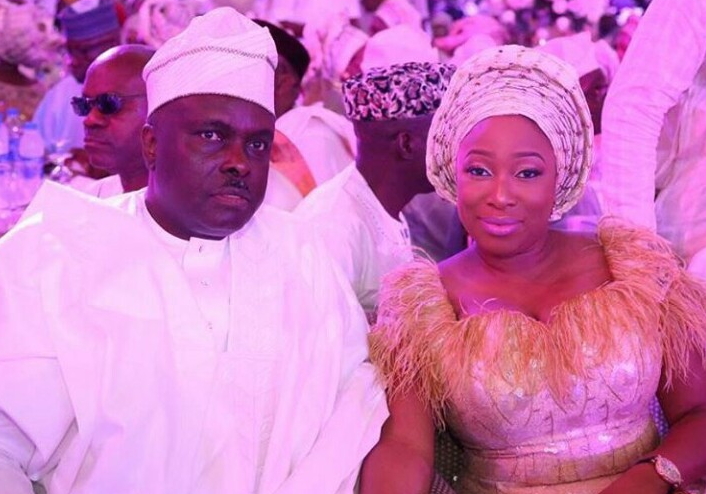 No one can really say when they got married legally but Senami, the once popular mistress of the embattled ex-Governor of Delta state, hasn’t only changed her name to Mrs James Ibori, she goes about with him everywhere he goes.

Fairly dark-skinned, simple in looks and once a society gal, Senami Sosu who stayed true to Ibori while he served out his term in a United Kingdom prison, is a rare woman.

For those who are not familiar with her story, Senami was just an ordinary girl before fate and chance decided otherwise. She was elevated to the big league after she met and started a relationship with the former state governor from the south-south.
She benefitted in no small measure from the affair and the duo was daring enough to step out together in public a few times. However, long before the travails of the latter peaked, Senami, who was noted for her boisterous lifestyle, decided to adopt a low profile.

No sooner than Ibori regained his freedom than Senami reappeared in his life and the country’s sociopolitical scene. It would be recalled that the University of Lagos graduate quit the social arena and vanished into thin air in the wake of her lover’s incarceration.

Senami attained prominence when the embattled former governor of Delta State patronized her, hauling her from total obscurity to prominence. Speculations are that she went into hiding in order not to be caught in the vortex of storms afflicting her former lover and benefactor.

The sight of Senami recently, belies that of a lady who has been through any kind of personal misfortune as she elicited infectious bliss and cheerfulness.

Now that she is being addressed as Mrs. Senami James-Ibori, the couple had become an item and penultimate week, they were sighted at the classy Saraki’s wedding in Lagos.