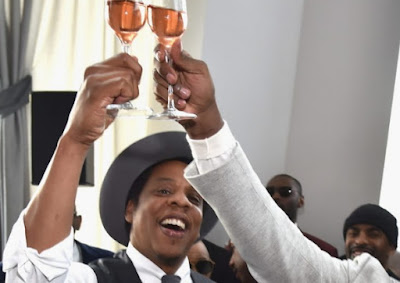 Check out the huge tip a bartender got from rapper Shawn Corey Carter aka Jay Z over the weekend. 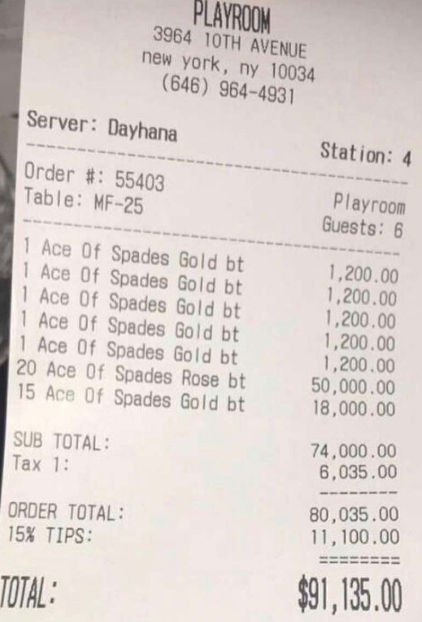 The rapper and business owner reportedly spent over $110,000 to celebrate his friend and President of Roc Nation Sports, Juan OG Perez on Sunday.

The above receipt has since gone viral.

Meanwhile, some people are now dragging him on the social media for leaving a mere $11,000 tip.

His critics said he should have paid more since 15% tip is nothing special in top class restaurants in New York.