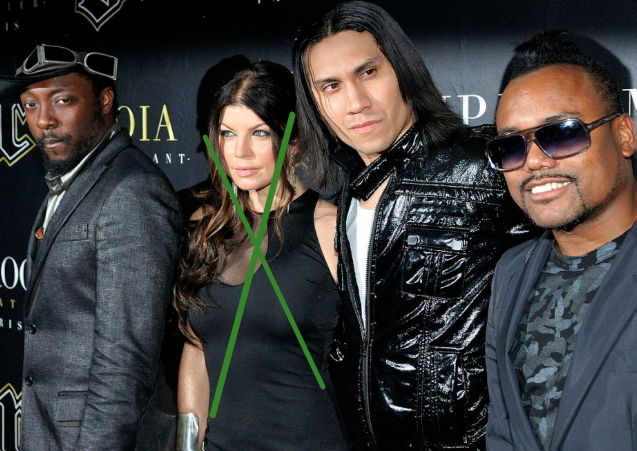 The only female in the black eyed peas has left, leaving Dante Santiago, Taboo and Will.i.am to carry on with the group.

Here is what one of the group members, Will.i.am told Perez Hilton about Fergie’s exit. 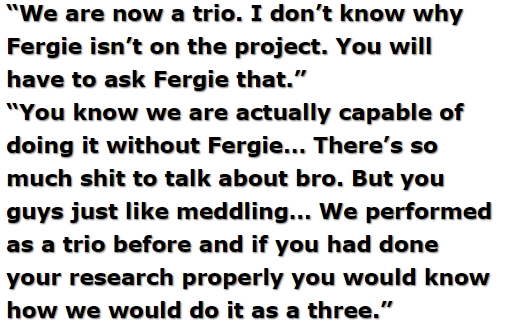 Fergie who joined the group back in 2002 hasn’t performed with the group since 2015. 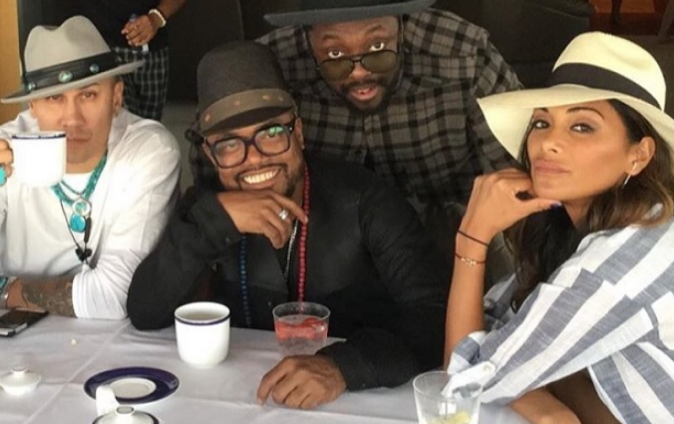 Rumour has it that she will be replaced by Nicole Scherzinger.

Fergie and Will.i.am relationship has been on the sour side since she took a long break from the group in 2015.

Since then, the male trio have been carrying on with the group until Will.i.am broke the news of Fergie’s exit in a chat on Tuesday.