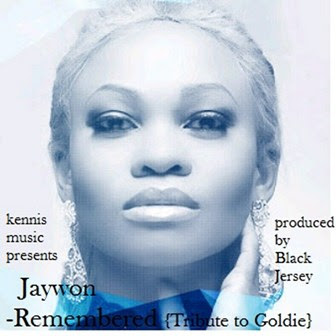 March 14, 2013 – Jaywon Remembered Goldie Harvey One Month After Her Death

Exactly one month after the death of Nigerian singer Goldie Harvey, a tribute song has been released in her honour.

The music was produced by Black Hersey.