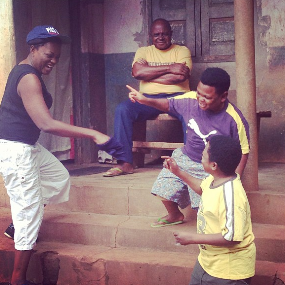 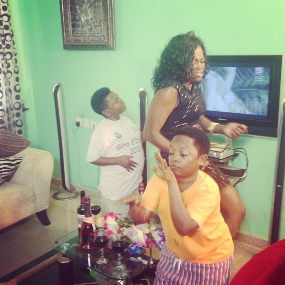 The movie titled Jet Fighter is set to be released soon.

Yoruba star actress Funke Oloyede nee Akindele is gradually finding her way into the comedy world as well as fast breaking the tribal barrier in the Nigerian movie industry.

These pictures were taken from the set of jet fighter movie currently in production in the eastern part of the country.

Jet Fighter will be an interesting watch as Funke played siblings with Aki & pawpaw.

Stay in touch with NaijaGists.com for the trailer. 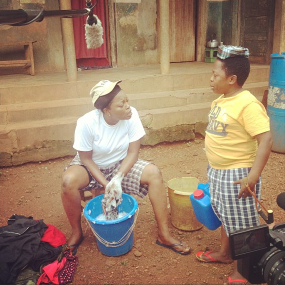 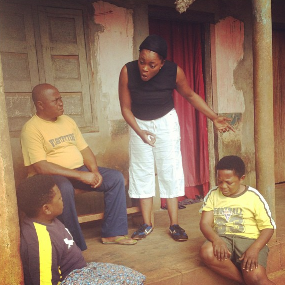