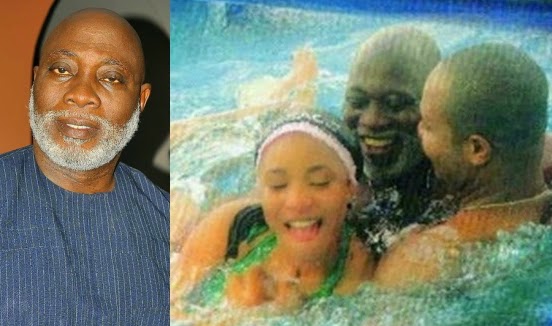 Veteran Nollywood actor Jibola Dabo has spoken up for the first since the death of talented actor Muna Obiekwe.

In a recent chat with PunchNg, the actor expressed his displeasure with the gay role he played with the deceased in a movie titled Dirty Secret.

Which movie would you say has been your most challenging?

I hate to advertise for any movie and I believe every movie I have been a part of has been challenging in several ways. However, the movie that I had to put extra effort is also the movie I hate the most, ‘Dirty Secrets.’ I played a role that is totally different from who I am in reality. I hate the character I played and for me to do it well, I had to become the character. I had to hate myself while doing so. It was bad. After the movie, I had to keep telling myself that the character I portrayed was not who I am.

Have you watched the movie?

I don’t want to see it. I have been asked if I could play such a role again and I told them ‘yes’ but only if I have access to the post-production stage. There are some things that should have been edited in the movie that were not removed. There are some things an actor would do to make his acting real that should be edited but they released the movie like that. It was so raw and it was terrible for them to put everything out there.

I felt sad about it. But the young man had been sad for a while because he had been careless about his health. He drank too much alcohol and he didn’t remember that he had a liver. He was also a chain smoker, but of course, there are also people that do it and live longer. I was saddened that we had lost another star because he was a great actor.