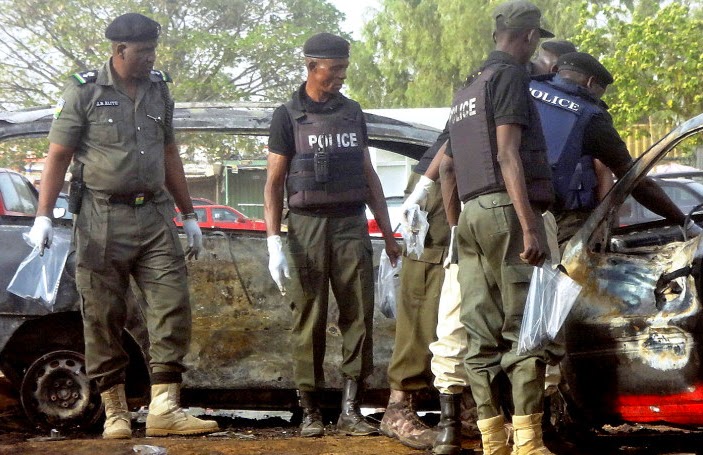 A suspected female suicide bomber was today beaten to death after 2 bottles were found on her body in the northeast Nigerian city of Bauchi.

“At about 0700 hours (0600 GMT), information at our disposal revealed that a yet to be identified lady who allegedly refused to allow herself to be screened at the entrance of Muda Lawal Market Bauchi was attacked by irate mob,” Bauchi state police spokesman Haruna Mohammed said in a statement.

He said the mob “set her ablaze,” adding that she died before police could rescue her.

Mohammed said police had deployed to the scene to disperse the mob but no arrest was made.

An eyewitness, Isa Safiyanu, told AFP that the woman, who was accompanied by a man, raised suspicion when two bottles were found strapped to both sides of her waist after she refused to be frisked with a metal detector at the entrance of the bus station.

“When her hijab was raised over her head two bottles were found strapped to her waist and the crowd descended on the young woman,” he said.

“They beat her to death and placed a used tyre on the body, sprinkled it with petrol and set it on fire,” he said.

According to a police source in the city who asked to remain anonymous, it was unlikely the woman was carrying explosives which would have exploded when her assailants attacked her.

“The only plausible explanation is she could have been sent on a test mission to see if it was possible to enter the bus station without being screened,” the source said.