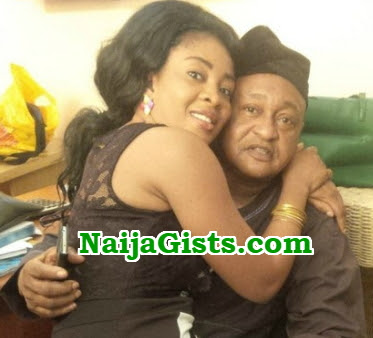 Why I Married Sola Kosoko’s Mother, Alhaja Bimbo & Henrietta At The Same Time

How come your daughter, Bidemi, is always in the news for the wrong reasons?

All the people blackmailing my daughter are bastards. If truly she did whatever they’ve said she did (dating a married man), whether she likes it or not, she will be punished. But if they are telling lies and trying to destroy her image, the people involved will not go unpunished.

If you know Bidemi well, she is highly disciplined and she has her own way of doing things. Unlike her sister, Sola, Bidemi is outspoken and principled. I don’t think it is an offence to be principled. So, if she doesn’t take nonsense, so be it. 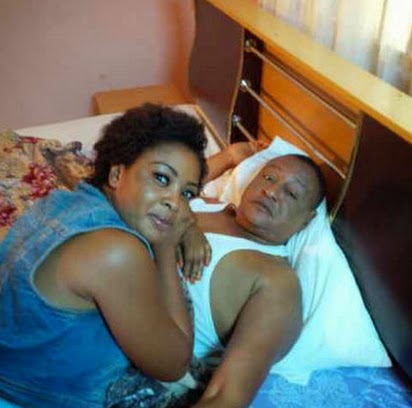 Everyone cannot be like me. Though it is good to be humble, I can tell you that being humble also attracts unnecessary insults. Since some people don’t like being insulted, they keep to themselves. But people like to attribute it to many things. If you decide to blackmail people unnecessarily, then, you must check yourself. It means something is wrong with you, and there is a problem between you and God.

So you are certain your daughter didn’t have an affair with Bose Alao’s husband?

When I heard the news, the first thing I did was to call her to know what went wrong. I know if she had done that, she would not tell me she did it, but I know my daughter. Apart from seeing her grow, even as an adult, I am very close to my children and I know what they do every minute. If you ask me where Bidemi is as I speak with you, I will tell you. I don’t joke with my female children especially. Their lifestyle is important to me. 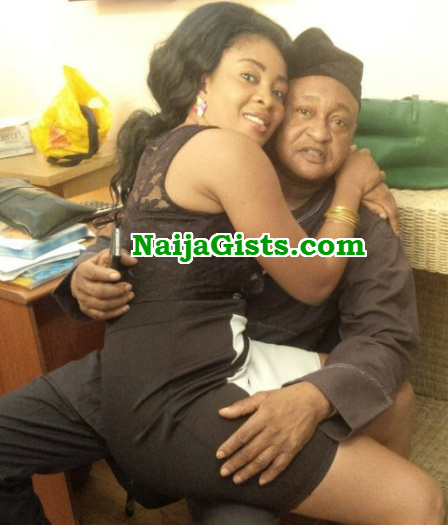 For people who are always blackmailing our actresses, they should turn a new leaf. This is part of the disadvantages of the social media, as everyone wants to talk. A friend once told me that some people are mentally disturbed or sick. Since no one checks what they say, they say whatever they like and get away with it.

I am not saying our actresses are completely innocent. We actually have people with funny characters, but the majority of them do not engage in the things they are accused of.

Are you closer to your daughters than your sons?

The female children have challenges mostly. If anyone goes after a lady and she shuns his advances, he may go to social media to insult her.

I always advise journalists to stay away from false stories because the more you get into them, the more trouble you find for yourself. We’ve forgotten some journalists today even though they are still alive. Instead of them to practise the profession diligently, they were busy blackmailing people.

Have you ever been blackmailed?

That is not news anymore. I have been blackmailed many times, but I sailed through. They have called me a ‘ritualist’ before, which means I am a murderer.

What came to mind when certain people claimed you used your wives for rituals?

Initially, as a human being, I felt bad. But my skin is too thick for all that rubbish. Instead of feeling bad, I will go on my knees and pray to God to give His judgment. And I always see these people get their judgment. I don’t want to mention names. I don’t know anything about what is happening to Kemi Olunloyo and I don’t follow her on social media. Apart from her, there are other people who have rubbished my name in the past.

Do you see yourself getting married again?

At my age and with over a dozen children, why should I marry another wife? I still have a wife, but people are mixing things up. I have heard many terrible things about me. There was a time some people said I have moved in with another woman. They have forgotten that my wife, who is still with me, Alhaja Bimbo, was a senior to my late wife, Henrietta. The first child we had together has graduated in America, but they think I just got a new wife. She is the only woman left with me.

What do I need another wife for? Maybe you can tell me. Becoming a polygamist wasn’t my design. With my upbringing, I am not supposed to be a polygamist. Though my father was a polygamist, he didn’t marry the number of women I have married.

My first wife, Sola’s mother, was working with the Nigerian Customs Service. She was not involved in my industry and then I would travel for two months. So, I was tempted to take a second wife. But unfortunately for me, in the circumstances I cannot explain till today, I lost two wives within a year. You can imagine that! So, I decided not to remarry again, though I had girlfriends; I was a ladies’ man.

Two of my girlfriends were very close to the house and my friends too would come with their girlfriends. So, we were almost turning the house into a brothel. Later, my doctor, a lady, visited me and advised me to remarry. She said it was the best for me, insisting that I was too young to be without a woman. I lost my two wives in 1992 and 1993 respectively, and I was not up to 40 then.

I agreed to take a wife in the long run, but I had two women who were intimate with me – Henrietta and Alhaja Bimbo. Since I couldn’t say no to either of them, I married two wives again.

Do you regret marrying many wives?

At a point, when I started having issues, yes, I regretted. I said to myself that if I didn’t have more than a wife, I would not be in the news in a bad light. But am I the only one that has domestic family problems? I don’t think I am the only one. Without being too negative or defensive, we have seen a family where the children, father, and mother died at the same time.

I thank God for all that might have happened to me. But regrets come when there are issues. But all my wives have given me beautiful and responsible children.

How have you been coping without Henrietta?

I cannot say it has been easy because her memory will never leave me. She was in the industry with me for a very long time, for 22 years. We were acting and moving around together. All that has been written about her in the media is enough for me to continue to think about her. She had her own shortcomings and I have mine too, but we endured each other. With all the things she did, I will continue to miss her.

Don’t you think it is unwise to marry in the same industry?

It is perhaps the best because getting married to a woman in your industry means she will understand your trade and she will not have issues with your movement. I salute those who are not in the entertainment industry but are married to people there. No matter how strong they are, they will always question the sincerity of their spouses.

Funke Akindele Second Marriage To JJC Crashing Over Insecurity And Lack Of Trust – Insider
Buhari To Atiku: Stop Lying To Nigerians Why You Were Denied US Visa