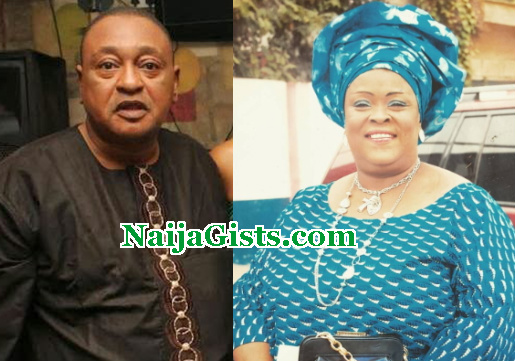 Nollywood actor Jide Kosoko has reacted to the news making rounds that he killed his three wives for money and fame.

The actor told Punch NG that he had no hand in the deaths of his three wives.

He also talked about late Henrietta and how diabetes took her away at God’s appointed time.

“Henrietta lived with me for over 20 years. I never expected or prayed that she would die. It saddens my heart when I hear people saying all sorts of things about her death. We all come to this world at one point in time and our exit will happen one day whether we like it or not.

“God is the giver of life. He gives it and takes it when He likes. I wish I could stop Henrietta from dying. I believe she died at God’s appointed time for her. If it is my turn tomorrow, I will not exceed that day. It is in whose place to say that someone’s death is not natural? I leave them to their belief. I leave them to God.”

“Honestly I don’t know how I have been coping. I don’t know if I should tell you I have been fine or otherwise. I can only say God has been my rock till this moment. The truth is that I am yet to come to terms with the reality that she is no more. I don’t want to believe that she is gone. So many things have been coming up since she passed away and I know things will continue like that for some time. “She died of complications arising from diabetes,”.