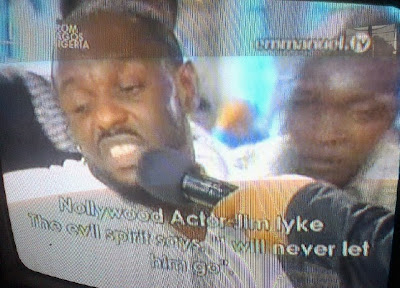 Months after veteran Nollywood actress Camilla Mberekpe allegedly received her deliverance at controversial Prophet TB Joshua’s Synagogue church in Lagos, another Nollywood star has been delivered from an evil spirit.

The man in question is Nollywood bad boy Jim Iyke. He paid a visit to TB Joshua’s church today and a special deliverance program was conducted for him.

According to the screen caption on Emmanuel’s TV, the spirit that possessed Jim Iyke vowed to never let him go nor allow him to marry anyone.

The pastor conducting the deliverance claims the spirit that possessed Jim Iyke prevented him from getting married all these years.

According to the ushers, after the deliverance session, the next thing Jim Iyke asked was “where are my shoes meen”

In the next few hours, we expect to hear from Jim Iyke himself.

In April after Camilla Mberekpe’s deliverance, the actress claims she was hypnotized at TB Joshua’s church. 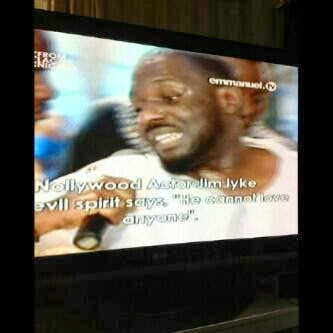 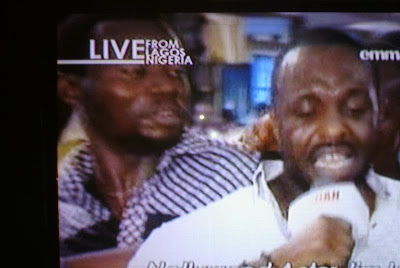 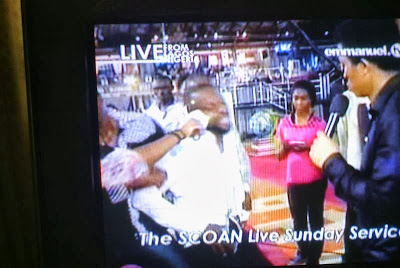