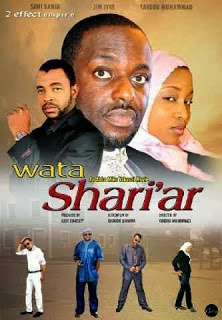 In the upcoming movie, Jim Iyke stars alongside popular Hausa actors Sani Danji, Yakubu Mohammed and many others.

The movie was produced by Uzee concept and directed by Yakubu Muhammed.

Wata Shariar will be subtitled in English.

Another nice move to draw fans from Hausa land.

Hausa people in the house, can you please tell us the meaning of Wata Shari’ar?