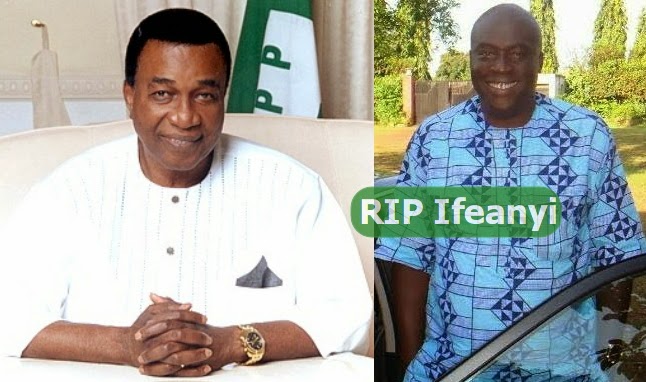 The politician lost his first son, Mr Ifeanyichukwu Nwobodo to cancer at a private hospital in Enugu on Friday the 14th of November 2014.

Nwobodo junior recently returned from Houston Texas where he had been receiving treatment for cancer.

According to his father, the deceased was discharged from one of the best cancer treatment facilities in America after spending over 3 months there.

The family recently did a church thanksgiving ceremony to celebrate Ifeanyi’s recovery but on Friday, he was taken to a private hospital in Enugu after complaining of mild leg pain where he eventually gave up the ghost.

Late Ifeanyi was a medical doctor who served as Science & Technology Commissioner in the past Enugu State administration.

He is survived by his parents, siblings, wife and children.