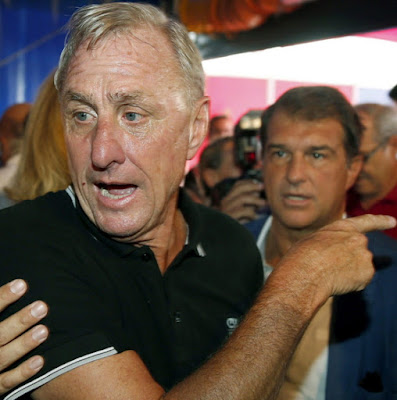 John Cruyff, a football giant in the Netherlands has lost his long time battle to cancer.

Cruyff, who made his name as a forward with Ajax and Barcelona, was European footballer of the year three times.

He won three consecutive European Cups with Ajax, coached Barcelona to their first European Cup triumph in 1992 and helped the Dutch reach the 1974 World Cup final, where they were beaten 2-1 by West Germany.

It was at the 1974 World Cup where he first showcased the ‘Cruyff turn’ in a match against Sweden.

Cruyff, who had double heart bypass surgery in 1991, was diagnosed with Lung cancer in October 2015.

Having been a smoker, he gave up immediately after the operation and took to sucking lollipops in the dugout. 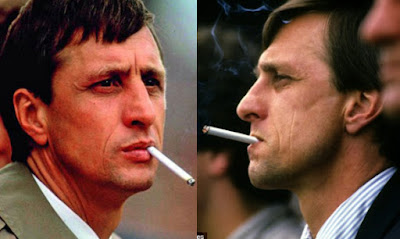 He died peacefully today at the age of 68 in Barcelona Spain.