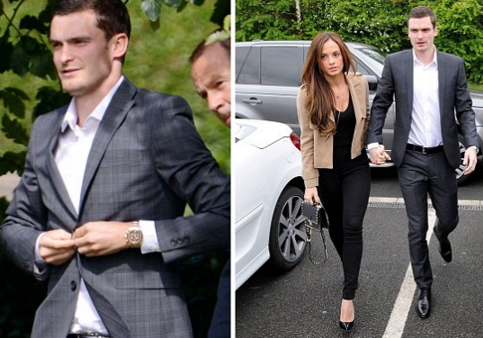 Popular footballer, Adam Johnson has been sentenced to six years for grooming and sexual activity with a girl aged 15.

Sentencing the ex-Sunderland player, Judge Jonathan Rose told him he had abused a position of trust and caused his victim “severe psychological harm”.

The judge told Johnson, 28, he had engaged in sexual activity with her knowing she was under 16.
Bradford Crown Court heard the sexual abuse happened in the footballer’s Range Rover last January.
Judge Rose told the footballer, who played 12 times for England, that the girl had “suffered severe psychological harm”.

He said she had “suffered threats and thousands of abusive remarks” on social media.
Judge Rose told Johnson there had been “an abuse of trust – you are trusted by young fans to behave properly”.

He said: “She had only just turned 15 when you began grooming her, because, as you were to admit, you found her sexually attractive.”