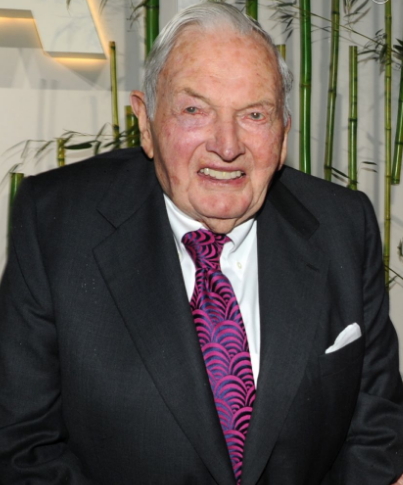 American Billionaire, David Rockefeller, one of the grandsons of Standard Oil co-founder John D Rockefeller has passed on to glory.

David Rockefeller passed away yesterday in his mansion in Poncantico Hills, New York on Monday morning.

The official cause of his death is congestive heart failure.

According to his spokesman, the centenarian who was the youngest of the 5 sons of John D Rockefeller Junior died in his sleep at age 101.

According to BBC reports, David Rockefeller graduated from Harvard in 1936 and received a doctorate in economics from the University of Chicago in 1940.

He then served in the army World War Two before working at Chase Bank, which later became JP Morgan Chase.

His charitable service earned him a Presidential Medal of Freedom, the country’s highest civilian honour, in 1998.

He had six children – David Jr, Richard, Abby, Neva, Margaret and Eileen – with his wife Margaret (nee McGrath) who died at New York Hospital in 1996.