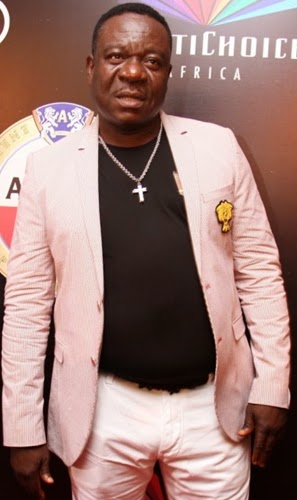 Mr Ibu who said the visit is unnecessary accused AGN executives of corruption.

“The government should stop giving Actors’ Guild cash, because we don’t know how to handle it. Some people will go to the office, process the money and squander it and we (actors) never benefit from such goodwill.

“If they (government) can give us a structure or land, we (actors) can go ahead and secure funds from investors to build five-star hotels and other facilities on it, because it will be a tourist haven. We can bring the Nigerian Censor’s board into the same arena.

“How can we be paying N50,000 to have one movie censored and then generate N5m from over 100 movies produced in a month and yet there aren’t any structures in place for Nollywood? “With such amount of money, government should be able to cater for us. If this is done, the industry will make a giant stride.”

“Homosexuality is very rampant in our industry and it is one thing that aggravates my anger many at times,”.