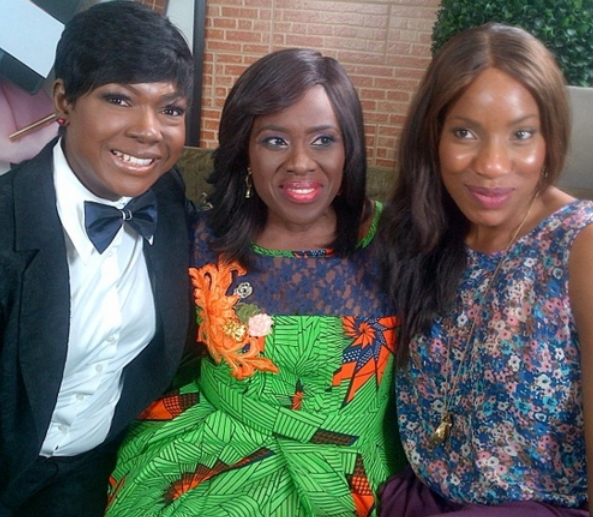 In a recent episode of The Adora Oleh show, veteran Nigerian actress Joke Silva, the wife of actor Olu Jacobs and actress Susan Peters were the guest.

Adora Oleh, the host of show took some time out to snap special moments with the movie star.

Here is another photo of Susan Peters on the show. 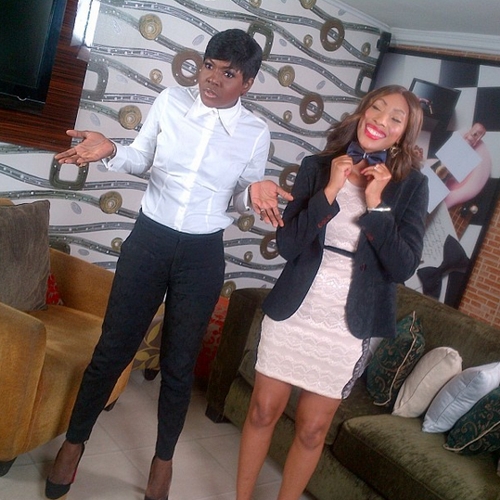 That Susan her own too much. She was the same lady who caused a scene when she was invited to Aso rock presidential villa in Abuja together with other movie stars few months back.