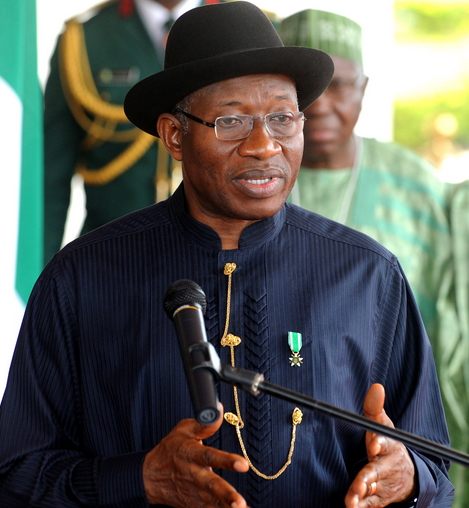 Ex-President Goodluck Jonathan awarded 72 licences for Radio broadcasting to his political associates and friends few weeks before the end of his administration using irregular procedures and documentation.

Findings by Daily Trust on the allocations list showed that Jonathan’s friends and key members of the Peoples Democratic Party (PDP) such as Chief Bode George, Ibadan-born industrialist, and chairman of the finance committee of the Goodluck Jonathan Campaign Organisation, Otunba Funso Lawal, an oil mogul and a friend to the former president, Chief Emeka Offor, among others were among the beneficiaries.

Others are former National Chairman of the PDP Chief Barnabas Gemade, national coordinator of the Transformation Ambassadors of Nigeria (TAN) Patrick Ubah as well as some former ministers Olajumoke Akinjide and Labaran Maku among others.

Some of the irregularities discovered by Daily Trust in the allocation process include the politicians use of companies not registered to run as broadcasting companies to acquire the licenses.

This was against the procedure for obtaining a broadcast licence as stipulated by the National Broadcasting Commission Act No. 38 of 1992 (as amended).
Checks at the Corporate Affairs Commission (CAC) show that Bod- Gee Ventures Nigeria Limited, the company used by Bode George is into trading, supply and distribution or commission agents, while Bavis Investment Limited owned by Gemade is an investment and holding company.

The company of the former minister of states Federal Capital Territory, (FCT) Mrs Jumoke Akinjide got the broadcasting license with a company called Newman Investment Company Limited, registered in 1991 to carry on business of manufacturer, general contracts, sales and industrialist.
Former Chairman of the finance committee of the Goodluck Jonathan Campaign Organisation Otunba Funso Lawal got the broadcasting license using company called Charter House Communications limited registered in April 2015. The company is a Lagos-based consulting and financial advisory services group.

The TAN’s coordinator Ubah used Hero Security Services Limited to acquire the broadcasting license.
The company registered initially as Hero Planet Communications Limited in 2003 but changed name to Hero Security Services Limited in 2008. Its memorandum of association did not contain broadcasting but to carry on business as a security services provider and in that capacity to provide any person, corporate or individuals with the services of guardsmen, guards dogs etc.

Another license goes to Speed Concepts Nigeria Limited, the company which belonged to a close associate of the former governor of Bayelsa state, Dieprieye Solomon P Alamieyeseigha, Mr Ehigie Edobor Uzamere. He is a Niger Delta politician who was elected to the Senate in 2007.

Speed Concept is registered to carry on the business of trading, marketing, sales and distribution of general goods, commission agents, manufacturer’ representatives, to buy, sell, manufacturer’s representatives and deal in all articles substances etc.
Classy Communication Network Ltd belongs to Head of Civil Service of the federation and family, Mr Danladi Irmiya Kifasi. He registered the company in 2005 to carry on business as communications, telecommunications company and information technology services GSM agents and services.

Salama Radio & Media is religious based station with some prominent northern Christians as promoters. However, section 10 of the NBC Act disqualifies religious organisations and political parties from the grant of a broadcast license.
The key among promoters of the Salama Radio are Pastor Nuhu Kure Emmanuel of Throne Room Church, Kafanchan, Kaduna state.

Abuja and Lagos where media houses are already saturated, the NBC’s director general Mr Emeka Mba simply said all that are not true.
In his response to text message sent to him by our reporter, Mba said: “That my friend is not true.” But he didn’t comment further.