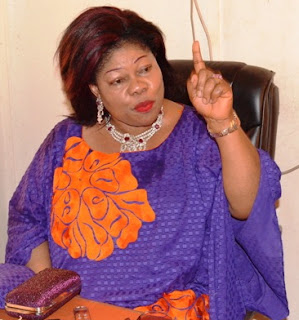 The former campaign chief of Ex-President Jonathan, Ngozi Olejeme has been detained by the EFCC following her arrest.

She was quizzed for hours on Thursday over the alleged diversion of $48,485,127 from the Nigeria Social Insurance Trust Fund (NSITF).

The big madam who was declared wanted in September is still in EFCC custody.

Her arrest is coming days after former NSITF MD Umar Munir was arraigned for diverting N18billion for his own personal use.