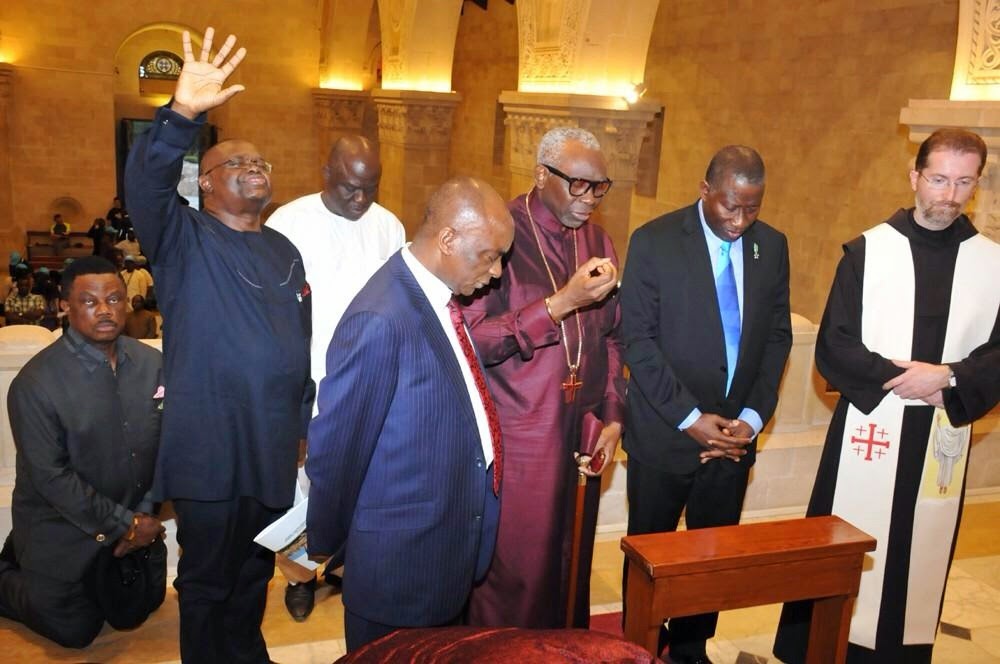 Jonathan Confesses “Osinbajo Is My Problem”

Ruffled by the momentum generated by the nomination of Pastor Yemi Osinbajo as General Mohamadu Buhari’s running mate, President Goodluck Jonathan is asking a group of Pentecostal pastors to help him avert what he fears could be an impending loss in next month’s presidential polls.

Osinbajo, a prominent cleric with the Redeemed Christian Church of God, law professor and Senior Advocate of Nigeria, SAN emerged APC’s presidential running mate last month giving President Jonathan and the ruling party, PDP, what is being described as sleepless nights, by sources.

Specifically last Thursday, the President held a meeting in Abuja, with a number of Pentecostal pastors led by Bishop David Oyedepo of Winners Chapel, with the main agenda being how to fashion out ways to solve the “Osinbajo” problem. 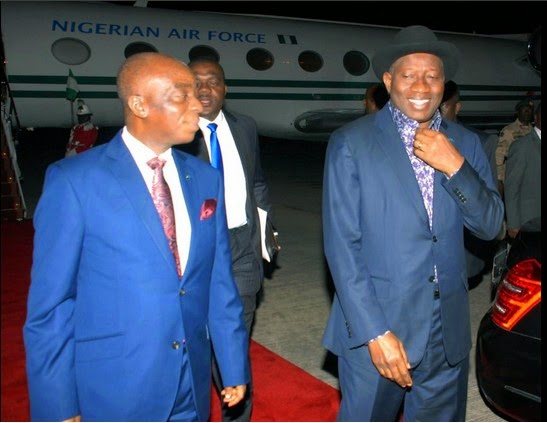 Sources at the meeting confirmed that President Jonathan confessed in a rather rattled and humbling manner that “Osinbajo is my problem.”

According to those at the meeting, the President added that “everything was okay until APC picked Osinbajo.”

This is coming against the background of wild speculations that APC is an Islamist party and that General Buhari is a religious fundamentalist-which has become one of the main planks of the PDP presidential campaign. While PDP chieftains and supporters have continued to characterize APC as an Islamist party, APC leaders have consistently dismissed such as unfounded, baseless and a scare tactic by the PDP.

Many observers say the nomination of a prominent Pentecostal pastor from the fastest growing church in Africa by the APC may have effectively doused such speculations and the attempt to label the party as one with an islamization agenda.

There has been a rather conscious attempt to make next month’s presidential polls a religious one especially in the Southern part of the country where there is a much larger Christian population, observers say.

At the meeting organized by the Executive Secretary of the National Christian Pilgrims Commission (NCPC) John Kennedy Okpara, President Jonathan poured out his mind that running against a leading Pastor of the RCCG, who is also known to be very close to the much reverred General Overseer of the church, Pastor E.A. Adeboye, is an uphill task.

Sources at the meeting, said Jonathan was ruffled and much distracted as he confessed to the challenge to him, of the APC naming such a person as Osinbajo as General Buhari’s running mate.

In response, the Pastors led by Bishop Oyedepo assured the President at the meeting that they would, “starting from today,” use every device possible including social media, the pulpit and influence peddling, to campaign in support of President Jonathan and against the Buhari-Osinbajo ticket.

Before the meeting with the President, sources said the pastors held a meeting on the same day to strategize and agree on how and what they would present to the president.

At that pre-meeting, some Pentecostal pastors suggested that they use the opportunity of the meeting afforded by the President to express their genuine fears on growing insecurity in the North with Boko Haram killing and attacking Christians and other innocent Nigerians.

But Bishop David Oyedepo, the most influential pastor at the meeting interrupted the idea, insisting that the meeting was to encourage and strengthen President Jonathan ahead of the elections and not to discuss compelling national issues of concern to majority of Nigerians.

While some of the pastors were shocked and disappointed that Bishop Oyedepo would not allow them to raise important issues bothering most Nigerians, they decided to keep silent not to be seen as spoilsports.

And later after meeting the president, the pastors gathered together again on the same day to device strategies they will use to campaign against Buhari/Osinbajo, with the main scheme being to label the ticket as an Islamist one.

Some of the pastors also suggested that they can influence Christians that the position of Vice President is not an effective one, and that having a Christian hold it makes no difference, although the Nigerian constitution and the order of precedence makes the office the next in rank to the president.

Indeed as if carrying out the resolve, members of the Winners Chapel said Bishop Oyedepo has already started using the pulpit to achieve the goals set out at last Thursday meeting in Abuja.

Some of the members said yesterday Sunday January 18, Bishop Oyedepo raised a prayer point that an Islamist would not become the President of Nigeria in the polls coming next month to the chagrin of many of the church attendants on Sunday.

Buhari may not be the best but Jonathan is incompetent, the experience of the last 6 years demands that Jonathan step down.

Like Pastor Adeboye recently said, politicians are liars. They should never be trusted.