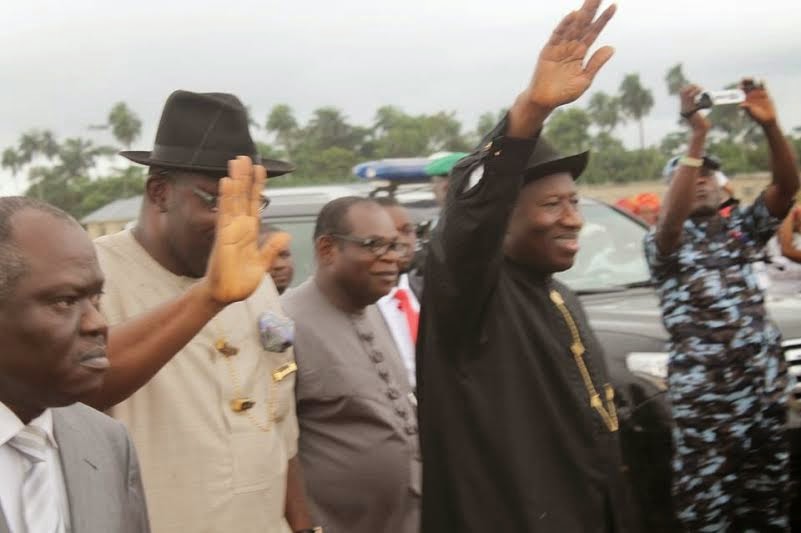 The people of Ogbia Local Government in Bayelsa State, President Goodluck Jonathan’s home council, have described him as a prodigal, who has no balls to call his contractor friends to order and has allowed the community dotted with many uncompleted projects.

Angry that they have nothing to show for Jonathan’s reign as Nigeria’s president, they have demanded an apology from him for the abandoned and uncompleted projects in the area.

The demand came via a resolution at a meeting Monday by some Ogbia communities who threw their weight behind Comrade Oniekpar Ikuli, the Ijaw Youth Council Director of Mobilisation.

From the proceedings of the meeting, it was not President Jonathan alone the Ogbia people have grudges against.

They also have grudges against Barr. Azibaola Robert, the CEO of Kakaatar Engineering Limited, said to have been the main contractor for most of the abandoned projects. The communities said they are supporting Ikuli to sue Robert to redeem payment for services rendered for Jonathan’s campaign.

The Ogbia people said for the six years they were privileged to have produced the President, the area has little or nothing to show for it, as most of the jobs approved were awarded to companies owned by Jonathan’s friends. They said the contractors have refused to execute the jobs and Jonathan has equally refused to call them to order.

They said this agitation became necessary as the government of their son winds up and their only hope now is the belief that the fear of General Buhari will be the only reason these contractors might resume work in the area.

Some of the awarded jobs they are begging Kakaatar to execute are:

The Ogbia people said they have compiled all the abandoned projects in a petition they are giving to the EFCC, since Jonathan has refused to call his friends to order.

Outside Ogbia and Bayelsa, Kakaatar is also linked with various contracts.

Some of them are: