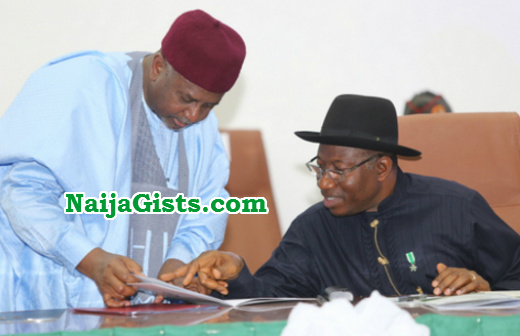 Barrister Ahmed Raji argued that his client, Sambo Dasuki followed the instruction given to him by the then President.

He however said the probe can’t be completed without referencing Jonathan.

It is still unclear if President Buhari will go after Jonathan with many political analysts claiming he may not do so.

Unconfirmed sources alleged that President Jonathan is cooperating with Buhari’s administration to secretly expose looters in his party.