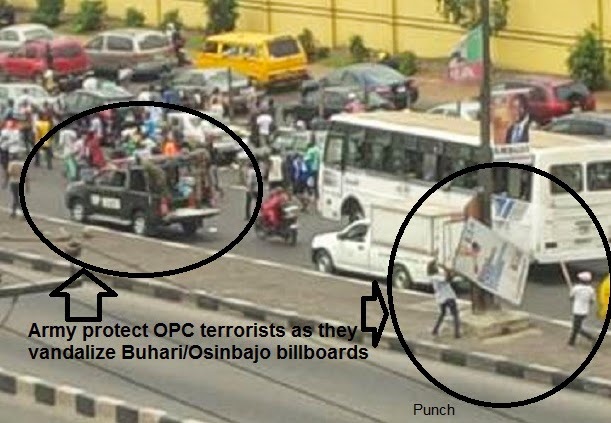 Fashola, who spoke at the Agricultural Food Value Chain held in Agege area of Lagos, Southwest Nigeria on Tuesday said when the president came to Lagos last Thursday, while citizens were being robbed, the president was protected by 2, 123 security personnel. 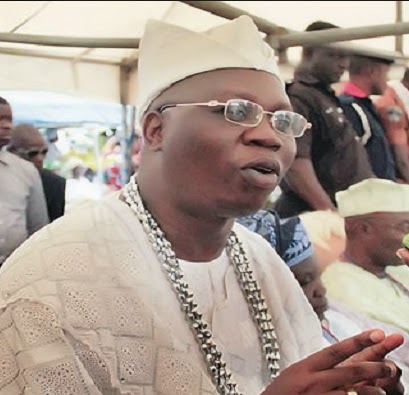 “Let me be very clear, the president is entitled to every protection, he’s our president, but the question to ask is that; when you were being traumatised yesterday, where were these 2,123 men? Because you are also entitled to be protected. The reason why the president gets all that protection is so that he can protect all of us,” he said.

The governor also decried Monday’s protest march for Jonathan in Lagos by members of the Oodua Peoples Congress, OPC and other pro-Jonathan groups in which the protesters terrorised Lagosians while brandishing dangerous weapons.

“Yesterday, they also showed the difference between us when the supporters of the PDP and President Jonathan came out. You know on 7th of March this year, just about a week ago, the APC held a solidarity rally in Lagos. Did anybody attack you on that day? So, yesterday, they held their own, but what I heard, because I received telephone calls and text messages from residents who explained to me, I received emails.

“I am sorry for the pain and trauma they put you through because residents continuously complained yesterday that they were traumatised by those people who supposedly were carrying out a rally in support of the president and in support of their gubernatorial candidate, just kidding.

“So instead of canvassing for your votes and showing you why their service record is better, they were showing you knives, cutlass and dangerous weapons. Some residents phoned to say that they were banging on their cars. Let me remind all of us, that the work of a party and a government is to protect citizens and not to terrorize them,” he stated.

Fashola said for those who still said that they did not know what the issues in these elections were, Monday’s event brought one issue sharply in focus, which he said was the issue of security.

“Unless you come out massively on March 28 and on April 11, that is the only way that God would forbid that kind of thing from continuing in Lagos. It is your vote that would change it. A vote for General Buhari would put to end this kind of abuse of state power. A vote for Ambode will continue the security that we have built and protected you for the past eight years.