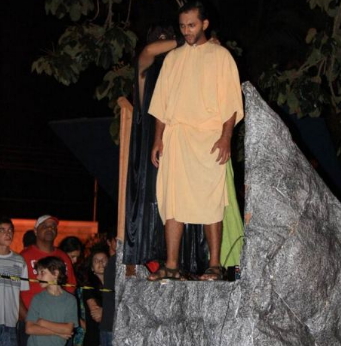 A young man died of asphyxiation (chokes to death) in Tancitaro city, Mexico while he was playing a scene in a popular Easter play known as the ‘Viacrucis de Jesus’ during the Eastern celebration.

The victim identified as Miguel Angel played a role where he was being hung just as Judas Iscariot did when he betrayed Jesus, but he (Miguel Angel) accidentally  slipped off his support and was left danging in the air for about 5 minutes. 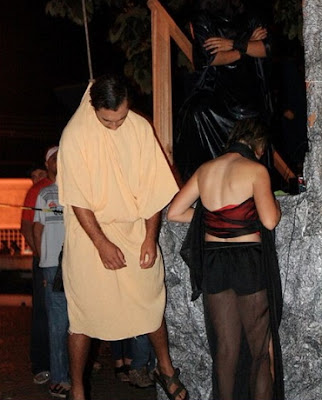 He was rushed to the hospital where doctors confirmed that he died of asphyxiation.

Police ruled out foul play or suicide saying it was simply an unfortunate accident.