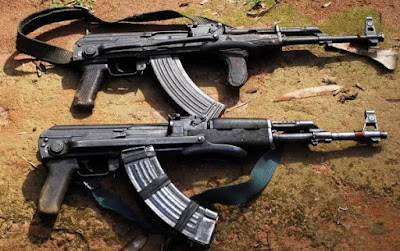 About 5 days after a police officer lost his service rifle to some hoodlums, another officer has been shot dead by some thugs in Yenagoa.

According to an eyewitness, the police went to enjoy himself at the beer joint located on Hospital Road on Easter Sunday while some thugs, pretending to be customers joined him.

Sensing danger, the policeman took his leave but while he was urinating at the backyard of the beer parlour, the thugs snatched his rifle and killed him on the spot before fleeing with his gun.

The attack reportedly created panic in the area as many business owners reportedly shut down and fled for fear of being arrested by police.