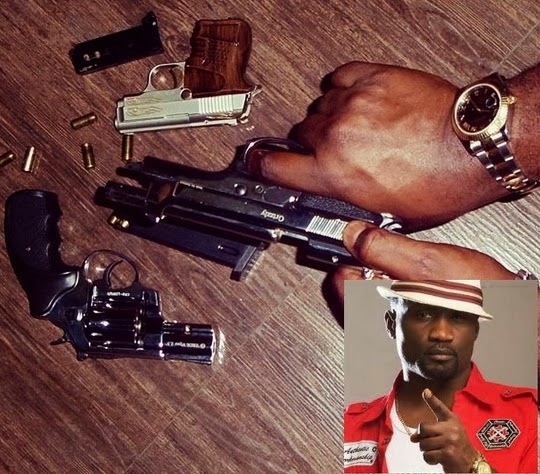 Just like last year that didn’t end well with him, the elder brother and manager of P-Square musical duo, Jude Okoye has started year 2014 on a controversial note.

It all started as a joke when Jude Okoye took to Instagram on Monday the 6th of January 2014 to share pictures of fully loaded guns with the caption “F..k with me cos u know I got ‘em.”

His attempt to act like a gangster has landed him in big trouble with many fans blaming him for being a bad role model.

Fans have ordered him to take down the picture but the controversial figure remains adamant.

Many of his fans are calling on the police to investigate Jude for threatening people with guns on the social media.

Not too long ago, Jude Okoye and his twin brothers (Peter & Paul Okoye) posed with huge stack of dollars while aboard a private jet.