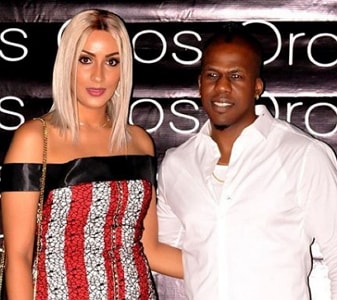 Juliet Ibrahim might have removed all the lovely photos of her Nigerian boyfriend from her social media page, that we learnt has nothing to do with their relationship.

Though they were rumoured to be out of love, we can confirm with you that one of them, Iceberg Slim is still hanging on.

An Entertainment source based in Osu area of Accra told NG few hours ago that issues that  happened during their vacation time in Sao Tome Island and  New York was caused by Miss Ibrahim sensitivity to Iceberg Slim dirty past.

Though they have settled the issue, it seems Juliet Ibrahim is still angry but she is yet to officially cut off her romance with him.

As we speak, Iceberg Slim just returned from New York while the actress is still nursing the wound in Accra Ghana.

Juliet Ibrahim is  fueling their breakup rumour each passing day with suggestive statements like these:

“There are two types of pain in this world: pain that hurts you, and pain that changes you.”

“Sitting here ‘blank’ after realizing that buying gifts for men is such a tough task! I’m Like what do they even like?  OTHER WOMEN…”

Iceberg Slim is also not keeping quiet, though he is yet to remove Juliet Ibrahim’s photos from his page, here are some statements he’s been making since Miss Ibrahim blanked out.

“We can’t always ‘right’ our wrongs, undo what’s been done, or unhurt those we’ve hurt, but we CAN put it all in God’s hands as we ask for forgiveness. The fear of the Lord is the beginning of wisdom.”
“Every saint has a past, every sinner has a future.” “To thine own self, be true.”
“Sometimes you just have to sit back, and watch God work .”

One of the dirty past according to a source is that Iceberg Slim has a baby mama in New York.

The child (a girl)  from that relationship is currently on his payroll as he is paying monthly child support to her mother.

The other dirty past is centered around his relationship with women.

Let’s hope this is not another publicity stunt

Ireti Osayemi’s Husband Bakky Adeoye Shuts Divorce Rumour, Says Wife Still At Home
Pastor Adeboye: All Christians In Nigeria Call Me Daddy, When Anyone Of Them Dies It’s My Son That Is Dead