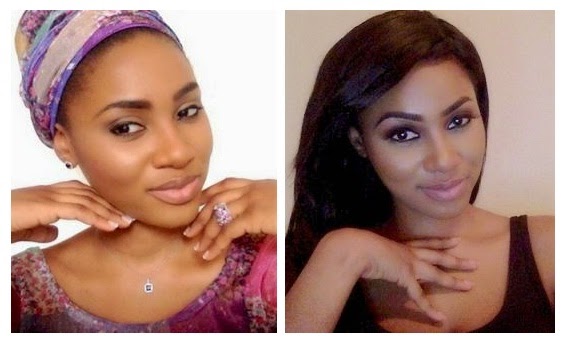 A popular personality in the Nigerian entertainment has dumped her old faith for a renewed love for the Lord Jesus Christ.

Jumai Shaba, a talk show host on the Discovery Channel recently told fans she has embraced a new religion.

Here what Shaba told Punchng in a recent interview:

Interviewer: You shocked many with your recent conversion to Christianity, how did this happen?

Jumai Shaba: It is something I have been thinking of for a long time. I come from a family of Muslims; my father and siblings are Muslims while my mother is a Christian. To come from a predominantly Muslim background and then become a Christian has to be your calling especially if you are into entertainment. It was my calling. I had to not just be a Christian, but to also live as a Christian. I am very compelled to spread the gospel and that is what I do on my Sunday Vlog series.

Interviewer:: But you were happy being a Muslim?

Jumai Shaba: Yes, as a Muslim, I was happy but I always yearned for a deeper connection with my creator. One day, I accompanied a friend of mine to a Catholic church and I loved the manner in which they communicated with God. I knew at that moment that I would never turn back. I turned down the chance to run a huge reality show with my sisters in order for me to attend Discipleship School. I got baptised shortly after and gave my life completely to Christ.

Interviewer: How did you handle reactions from family, fans and friends?

Jumai Shaba: I didn’t really face any criticism from my father, who is a Muslim but married to a Christian. Obviously, he wanted his children to practise his own religion, but I chose to go with my mother’s side of the divide. As a Muslim, I was very pro-Islam and now as a Christian I am very passionate about my faith. I think my siblings were very shocked at my conversion. They see my lifestyle and have also come to realise that it is not just a phase that I am passing through. The bulk of the criticism I faced was from my Muslim fans and followers especially, on Instagram. They challenged the reason for my conversion.

Dele Odule: Yes I Have 10 Children With Different Women, No One Is Perfect
Nollywood Actress Ebube Nwagbo Steps Out For Husband Shopping