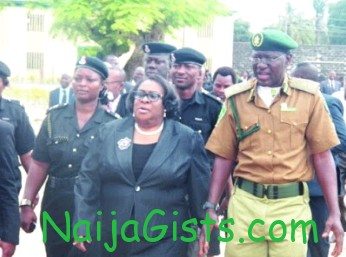 On Tuesday the 11th of Dec, 2012, Justice Ayotunde Phillips, the present Chief Judge of Lagos state Nigeria freed 46 prisoners from Ikoyi Prison during a visit she paid to the highly congested prison. naijagists.com

In September of this year, the Chief Judge released 233 prisoners after a brief review of their criminal cases.

Among the people she freed yesterday is a 75-year-old inmate awaiting trial for over 3 years, Job Meleb.

According to Justice Ayotunde Phillips, she released the prisoners in a bid to de-congest the prisons and to relieve the prisoners of their sufferings.

Do you support her claims?