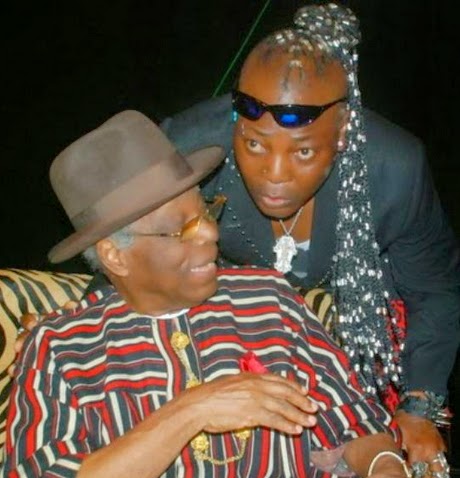 Nigeria’s most controversial area fada, Charles Oputa aka Charly Boy in a recent interview with vanguard said he will resist any attempt by politicians to use his father’s burial as a campaign ground.

Charly Boy said when his father was sick, none of the politicians paid him a visit at the hospital except his family.

Read what Charly Boy said in the interview:

“My father’s death should not be used for politics because I will resist any attempt to hijack the burial plans by politicians. My father was not a politician when he was alive. This is a warning to those who are already making plans to use his death to advance their political careers.

When he was sick, nobody visited him in the hospital except his family. Whatever arrangement, anybody is making, the family must be carried along. I will not hesitate to embarrass anybody who wants to take the family for granted. I am not against the federal government giving my father a state burial because he deserved it, but the family must be carried along in whatever plans they are making. Meanwhile, we are yet to announce the burial arrangements.”

Imo State Governor Rochas Okorocha has promised to give the late jurist a befitting state burial.

May his soul continue to rest in perfect peace.