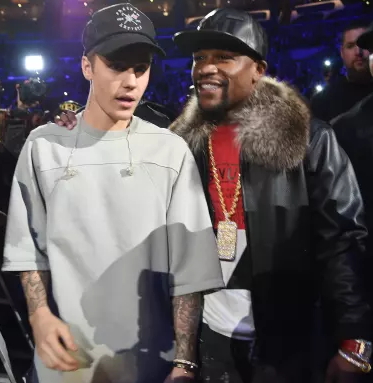 August 22, 2017 – Justin Bieber Gives Life To Christ, Ex-Buddy Mayweather Angry As He Unfollows Him On Instagram

Justin Bieber who recently surrendered his totality to Christ shortly after China banned him from performing in Beijing has started unfollowing people that are of bad influence to him on the social media.

According to TMZ, one of such, boxing champ Floyd Mayweather is very upset now after Bieber unfollowed him on Instagram and vowed not to attend his upcoming fight with McGregor.

TMZ sources said Mayweather called Bieber a traitor as he had always been there for him in hard times.

One of the sources said Mayweather’s insane obsession with strip clubs is what kept Bieber away.