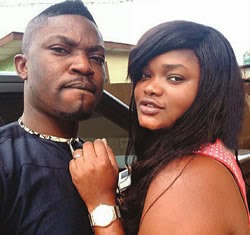 Music producer Solomon Oyeniyi has become a man of many women.

Recall that he divorced his first wife Kikelomo over a domestic abuse story that hit the web several years back. After that, he impregnated another lady called Bimbo.

As we speak he has found a young blood, a lady he nicknamed Matop. He just proposed to her and the two are madly in love for each other 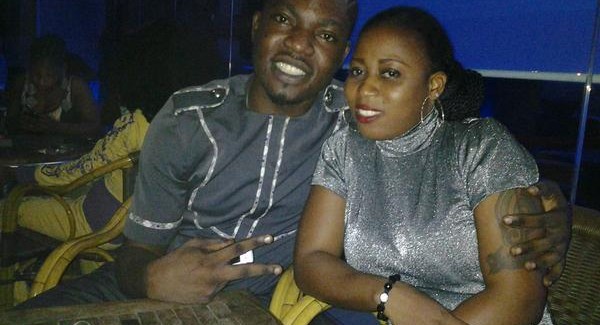 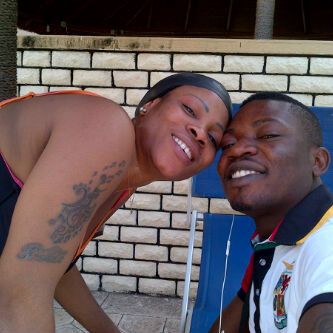 How did you meet your new wife?

K-Solo: She was like a daughter to me before she became my wife. I was watching over her before I finally proposed to her. We were friends and I used to advise her about men then too. When we met, I had more female fans than males. Most of the things that were written in the media were false stories, but she has been a very good friend.

Was that before or after your separation from your first marriage?

K-Solo: We were friends from a distance before I got separated. We would chat and talk but never met for two years. I grew up in the midst of women. When we eventually met, we did not spend up to 20 minutes with each other. It was a feeling that grew to this extent.

How did it develop?

K-Solo: It got to a point where I knew I would know her personally. I found that I wished I had somebody like her, with the experiences she had and things she had in her head. But I could not tell her that I wanted her. But one day, it just happened.

How did you feel when he proposed to you?

Matop: I was surprised, happy and excited as well, although I was expecting it.

You accepted the proposal without thinking about it…

Matop: I did not have to think about it. We wanted each other.

Were there concerns about his previous marriage?

Matop: Before I accepted to go out with him, I knew all that and I accepted him that way. I could not have rejected him because of what had already happened. Even if I did not accept his proposal, someone else would. I do not see him in that light. That is his past and I am supposed to focus on us.

Ksolo has broken all time records among entertainers in Nigeria, he is the first to marry and dump 2 women a year apart.

Continue Reading
You may also like...
Related Topics:KSolo, third, wife