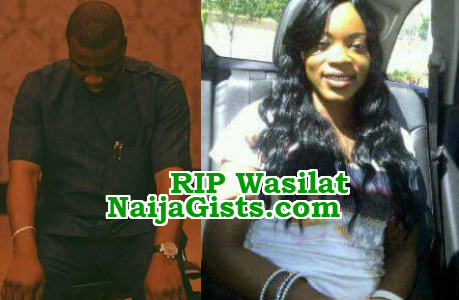 34-year-old Wasilat who relocated to Canada years after her mother died reportedly died of heart disease at the Credit Valley Hospital in Mississauga Ontario in the early hours of yesterday Tuesday the 12th of December 2017.

According to her friends, Wasilat who maintained a low profile in her base in Square one area of Mississauga is the most loved of all Wasiu Ayinde’s daughters because of her brilliance and good people skill.

NG learnt that her father has tried all he could to find cure for Wasilat who succumbed to the disease around 7:39am on Tuesday.

The Fuji legend who is currently in the United States is on his way to Canada in preparation for Wasilat’s burial.

A source who was among those to learn of Wasilat’s death said she also had another life threatening disease which contributed to her untimely death. For privacy sake, we can’t mention the condition here.

Her body has been taken to a funeral home in Toronto for autopsy.

May her soul rest in the bosom of the almighty.