In a rush rush wedding ceremony at the Ikoyi Federal Marriage registry, the ex-wife of Fuji Legend Wasiu Ayinde Marshal, Jemilat has remarried.

Jemilat’s wedding ceremony was witnessed by a few guests as she married a US-based socialite named Taiwo Onijeseku on Thursday January 16th, 2014.

The couple did their traditional wedding at Jemilat’s family house in Surulere area of Lagos state Nigeria. 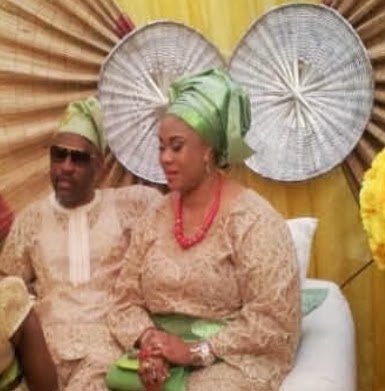 Jemilat who had a son from her previous marriage gave birth to a daughter named Halimot after marrying Wasiu Ayinde. Their marriage reportedly crashed 5 years ago.

In 2013, Taiwo and Toyin welcomed a baby girl and had a lavish naming ceremony with the hope of getting married this year. They christened their baby girl, Anuoluwapo Aduragbemi Oyindamola Aduke Onijeseku in December.

Taiwo was alleged to have informed the guests to look forward to attending their wedding ceremony soon.

As we speak, Taiwo’s fiancee in Dublin Ireland, Toyin Waka has been informed of the wedding. Friends and sources from Dublin said she is heartbroken about the development and has remained inconsolable.

Here is a photo of Toyin Waka with her newborn baby. 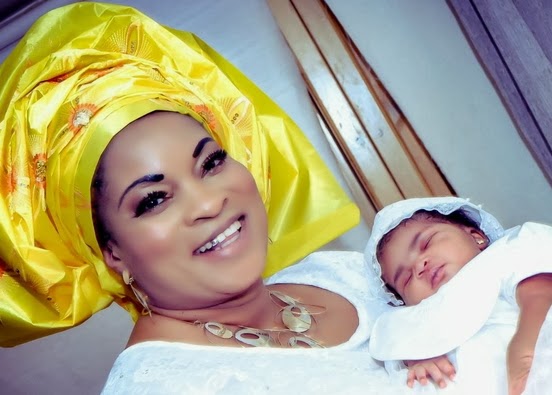