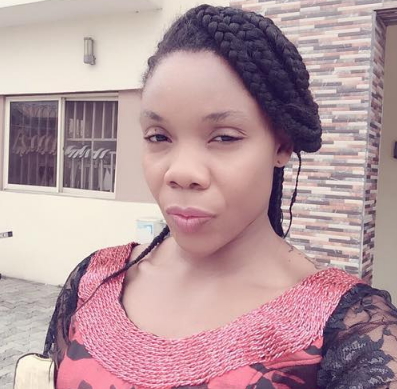 March 19, 2017 – Kafayat Ameh: I Relocated To England After My Parents Divorced

All About Me By – Kafayat Ameh

I had a pleasant childhood filled with lots of warm memories. My siblings and I moved to England with our mum after she separated from my father. However, because of the emotional trauma of the divorce, my mother began to behave in an odd manner at some point and we had to be taken to one of our relatives. I actually lived with about three families while growing up.

I attended Chrisland School, Ikeja for my primary education and afterwards, I continued my schooling in England. When I returned to Nigeria, I attended Coker Secondary School and I also obtained a diploma in Data Processing from the Olabisi Onabanjo University, Ago Iwoye.

Initially, I wanted to become an aeronautic engineer but I’ve been involved in dance since I was in school. When I was in primary school, I led the cultural troupe. I can recall that back then, we went for the school’s first ever ballet show at the University of Lagos. However, I wasn’t limited to dance alone as I also represented the school at science competitions and inter-school debates. I was also a member of the school’s soccer team. When I was in the university, I founded the school’s female basketball team.

I started dancing professionally in 2002. As a kid, I was always the centre of attention whenever I danced at parties but because I was shy, I stopped dancing in public for a while. When I decided to take it serious, I was consumed with the burning desire to ensure that dancers are well respected and packaged. The first major job I got was through a referral. When I got there, the people were impressed with the way I spoke and they decided to engage me.

I cannot really pinpoint one particular job as my biggest but I’ve done a lot of notable jobs. Some of them include music videos with artistes like P-Square, Seyi Shay, Dbanj, Ruggedman, Lara George, among others. I was also the official choreographer and creative director for major events like P-Square’s Invasion Concert, Rhythm Unplugged, Malta Guinness Street Dance and some editions of Headies Awards, to name a few.

It is an experience I can never forget. I would say I have always been driven by the passion to succeed and stand out in whatever I do. I prepared my mind that I was going to break the record and I did so without allowing myself get distracted. We danced for more than two days with few five-minute breaks.

It is the grace of God that has sustained my marriage. My husband and I also understand and respect each other. However, we are still learning because in marriage, there is always something new to see or recognise. My children are usually around dancers and they are present at some of our rehearsals. None of them has yet to show interest in dancing but they are very creative.