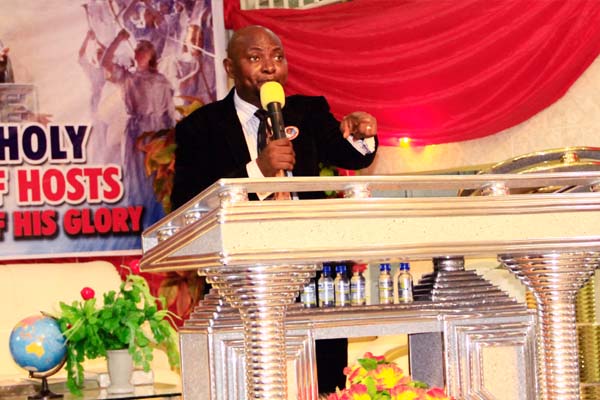 Meet Pastor Peter Israel Obaseki, the founder of Divine Grace of Glory Church in Idumwurgha , a town located on the busy Benin-Auchi Expressway.

The church which now caters to over 200,000 members all over Edo state has now become a prayer mountain for celebrities all over Nigeria.

The Prayer mountain which is located on a 100 plots of land has transformed Idumwurgha to a commercial city.

Obaseki revealed that the vision of the prayer mountain was revealed to him on the 24th of February 2004.

“I was behaving like an abnormal human being, but today the place has become a city of its own, because Grace of Glory is now there. I employed the services of bulldozers to open up the place.”

People have found that we are not magicians, that we are not playing gimmicks in the ministry, the ministry is not deceiving people. That is why each service is always full of testimonies and miracles. These are causing great attractions from different states of the country.

“By the Grace of God, why this vision was unfolding we got a branch in New York, I have never been to New York.”

Photos: Omotola Jalade Gushes About Husband As They Enjoy Romantic Cruise In Morocco
Tonto Dikeh Beaten To Stupor For Pushing Husband’ Mum, Mother In Law Down The Stairs