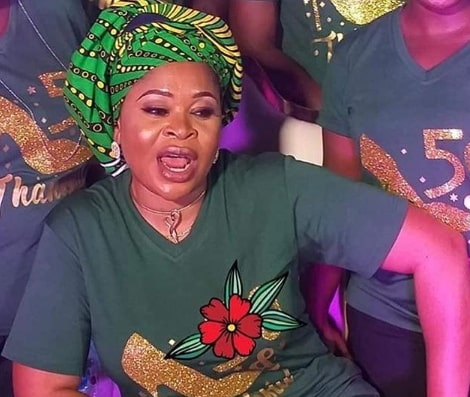 In a chat with Saturday Beats, Adams said that she didn’t come to compete but she has what it takes to be a household name in Nigeria with God on her side.

“It is a divine connection that I joined Daar Music in May 2019. This is a nobel institution that anyone will want to join and I thank God for the opportunity. I have already relocated to Nigeria to do music and I am enjoying the hospitality.”

She noted that there was a huge difference between Nigeria and Liberia, saying;

“Talents are everywhere but Nigeria has the market and attention. Nigeria has a big population and it is the hub of music in Africa.”

Adams, who just released a seven-track album titled, ‘Hosanna’, stressed that she was capable of doing different kinds of music effortlessly.

Also, despite being married with three kids, the gospel singer said she had not allowed her responsibilities as a wife and mother to affect her love for music. She noted

“I can multi-task well. I still play my role as a housewife and sing. I thank my family for support and I believe it’s a matter of setting one’s priority right.”

Apart from music, Adams is also known for her kind gestures. She has often helped the less privileged and elderly people by providing scholarships, food and clothing for them.