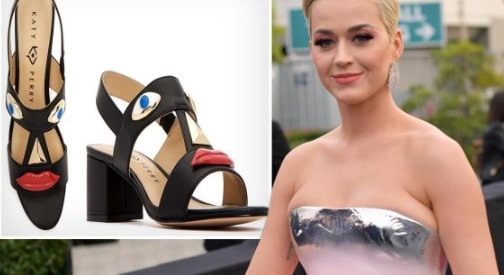 Katy Perry has come under fire over her new artistic shoe line.

Just like top brands which received backslash in the past, the design of Katy’s new shoe line resembles a black face.

The shoe tagged Rue Face Slip on Loafers will be pulled off shelves at Walmart and other Dillard stores in the US.

According to TMZ sources, in order to respect the right of black people, all the shoes are being pulled off shelves.

The singer said the shoes were never intended to be offensive.

The singer spent over $2million on the new shoe brand.

It is unsure if she has recovered her initial investment before the backslash.

According to Wikipedia, Covert or subtle racism is a form of racial discrimination that is disguised and subtle, rather than public or obvious. Concealed in the fabric of society, covert racism discriminates against individuals through often evasive or seemingly passive methods.

Most racists are no longer coming direct but rather using subtle approach like this one to abuse others. 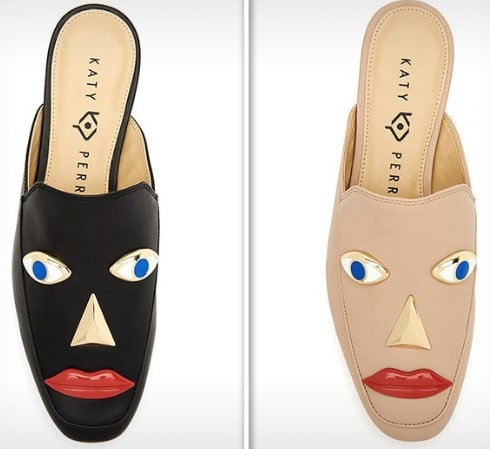 Is Katy Perry A racist?

Over the past years, the singer has been called out for racist stage performance.

Even though it is unconfirmed, top entertainment site Jezebel.com often called her out for disrespecting non-whites.

Check out her past call-outs on the social media.

anyway god bless Katy Perry for deflecting the attention off uwuiana by making a racist shoe!

Yea, you read that right.

This is our world.

Aliens are laughing at us. pic.twitter.com/PZlfHKwhp2

We got some of our own people saying these shoes isn't racist by Katy perry. Yes the hell they are and so is she call them all out Katy perry been a racist. How can u fix your mouth to say Gucci and Prada clothes are racist but not Katy perry shoes? Make it make sense pic.twitter.com/ijNL28KzrN

Shame on parents instilling racism in their kids.

When they grow up, the bad trait seem to stay.