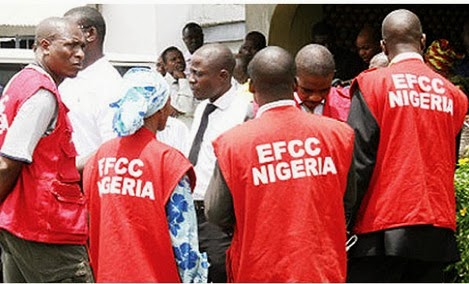 A personal assistant to the Kebbi State governor unexpectedly slumped to death on Thursday in Birni Kebbi, allegedly after getting signals that the Economic and Financial Crimes Commission (EFCC) was closing in on him in respect to a N3billion fraud in the accounts of the state government.

Aminu Gwandu was buried yesterday according to Islamic rites.

However, his death did not stop the commission from arresting the state’s Accountant-General, Mr. Dan Atto in connection with the matter. Atto was taken to Abuja for interrogation.

Atto was also invited by the EFCC to throw light on the alleged diversion of the N3 billion into private accounts. It was learnt that the late Aminu Gwandu was apparently scared stiff by signals that he too might be invited by the agency,especially the stigma that goes with such interface with the anti-graft agency.

A source said the development was said to have hit him like a thunderbolt. His health soon deteriorated and he slumped. He died before he could get medical assistance.

The Accountant-General of the state, who initially appeared at the EFCC’s office in Kano, reported again yesterday. He was immediately arrested and whisked to Abuja for interrogation.

A source in EFCC, however, said: “There was no incident relating to the EFCC on the appearance and arrest of Atto.  “We are investigating alleged laundering of N3billion which we have traced to some accounts. We are quizzing many suspects including the Accountant-General, Atto.  “After reporting in Kano, our men picked him up for a comprehensive grilling in Abuja.”

The Head of Media and Publicity of the EFCC, Mr. Wilson Uwujaren, said Atto was in “EFCC custody to clarify some issues.”

Goveror Saidu Usman Dakingari could not be reached for his reaction last night.