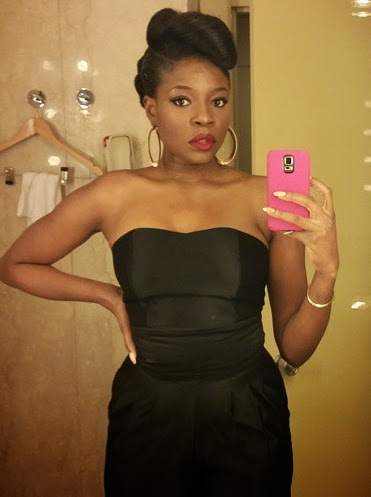 A letter dated February 7th, 2014 written by The God Bless Nigeria Church explained that they have reached an agreement with her.

Kemi defended herself few hours ago on Instagram with a copy of the letter.

Read what she said below and see a copy of the letter after:

“Two years ago I was delivered one of the biggest lessons of my life and career. I landed in Paris to an urgent message from a friend asking if I had seen the blogs. Without much information given, I logged on with trepidation to find huge headlines, “Kemi Adetiba arrested for fraud” some even saying I was at that moment locked up (Meanwhile I was in my hotel room in Paris, mind you). There were incredible stories about my father begging authorities for my release, me crying and promising I would pay back money I had ‘defrauded’, Yo being kicked out of the Dance reality show I was hosting at the time for this reason. Save a few lines I made via Twitter I never properly addressed this. I’ve been taught never to fight the fight on social media as everything you say just ends up being twisted and turned against you. I also promised myself I wouldn’t be the one to vindicate myself. Everyone would expect me to deny if course but I insisted that it would be others to vindicate me.

I am ecstatic to have come out of that situation not only alive but even better. If it was my career “they” were going for, it has only made it better. My career is on a greater high than it was. Going for my integrity as a person and in this industry failed woefully. God ALWAYS vindicates his own. I’ve had this letter for ages. I asked for it from the church I was purported to have duped not for public consumption, but proof to have if ever this came up in future business dealings. And I didn’t have to beg or repay any money “defrauded” for it. However, on the constant nudging of my parents I’ve agreed to release it. Because the Internet is riddled with the former headline, it is their thinking I need something in record as well to refute that.

Special note to media houses (some of them), understand that you are playing with people’s lives, businesses and even marriages sometimes. The pen might be mightier that the sword, but not in this case… I Won!! This is the first and the last I will address this. 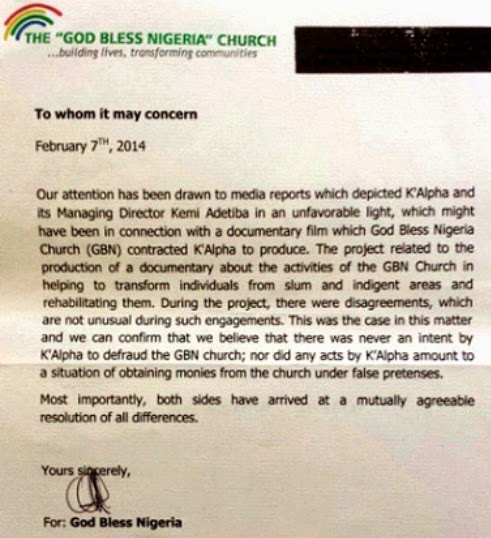