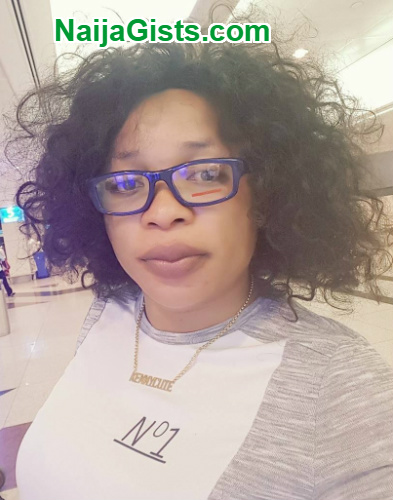 Though, the industry is filled with several actresses who are putting in their best to make it to the top, among which is sexy actress, Toyin Aimakhu who was once the most sought-after actress in the industry after displacing Nollywood actress, Funke Akindele.

Before now, especially after the release of her blockbuster movie, Jenifa, Funke Akindele became the hottest and highest paid actress. Then, several big companies in Nigeria endorsed her as their brand ambassador

It was a shock when news broke that the actress, Funke, had left the Yoruba movie industry for the English arm of Nollywood to be featuring in movies produced in Enugu and Asaba.

Then, she became unaffordable to the producers in the Yoruba movie industry as her price rose to #400,000.

Then, it was a competition between her and the likes of Kemi Afolabi, Faithia Balogun, Iyabo Ojo and others but Toyin Aimakhu became the favourite actress to replace Funke. Many film-makers came calling afterwards and this landed her several endorsement deals.

She was very active in the Yoruba movie industry, with series of movie scripts on her table.
When she became the highest-paid Yoruba actress with her professional fee running into several thousands per script, not until late last year when Toyin started reeling in the pool of unnecessary controversies and scandals particularly when her marriage to Adeniyi Johnson scattered like a crashed air plane.

The highly talented Toyin was allegedly reported to be very arrogant at movie locations as she sometimes got paid to appear in a movie which she will eventually turn down or probably leave the location when the filming is yet to be completed.

This really affected her brand. This was when Kemi Afolabi, who left the industry in 2009 after she took a maternity leave to stay with her husband and invariably deliver her daughter in the UK, returned a few years after to displace both Funke, Toyin, as well as other counterparts. Upon her return, she took her rightful place in the industry.

She emerged the hottest actress of 2014. From the beginning of the year to the end, she was busy juggling from one location to the other and her fans got excited whenever they see her exhibiting her talent in movies.

In 2015, the Ijebu Ayepe, Ogun State-born mother of one worked endlessly to get to the top with a lot of fantastic movies from her stable which include Kokumo, Rihannat, Ajantala(Epic), Oju Apa, Ajiloda, Omo Olufa, Ife Akoko many more. 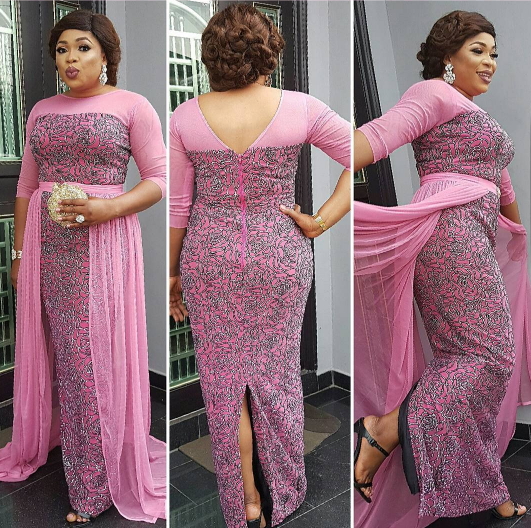 These films we gathered, were produced in 2014 but some of them had to be released in 2015. Kemi is presently the highest paid actress in the Yoruba movie industry going by the huge amount of money which she charges per movie. In 2016 also, she has featured in series of blockbusters including Ade Ori, Saratu, Ipin Aja, Saamu Alajo, Saratu, Omoge Onitiata, Alani Pomolekun, Oyinade, Yara Keta and she emerged Best Yoruba Actress of the Year 2016 at the recently held City People Entertainment Awards which took place at Yard 158, Kudirat Abiola Way, Ikeja, Lagos Nigeria, on July 24th 2016.

If you must know, this sexy lady studied Law at the University of Lagos (UNILAG); Kemi’s journey into the industry was accidental, as she was practically lured into it by a producer who convinced her she has the potential to be a hit and subsequently offered her some roles to play, even as a rookie back then, before she developed interest in acting in 2006.

In 2010/2011, the curvaceous actress left the movie scene and the reason for the sudden disappearance was unknown to many of her army of admirers and fans, except those very close to her.

She is right now warming up for the shoot of her multimillion naira all female cast movie titled, Modorisha, an epic movie that will be shot soon.