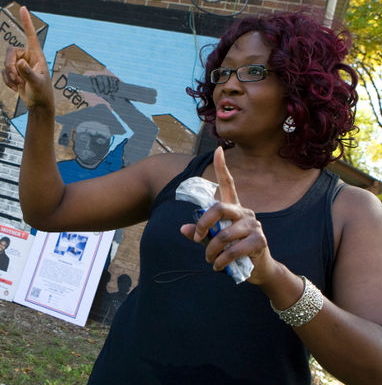 Ibadan-based journalist and the daughter of ex-Oyo governor, Kemi Omololu Olunloyo has called on NPF to transfer her case to Ibadan.

Kemi took to Instagram this morning to tell fans she escaped another abduction attempt by official of the Nigeria Police Force.

According to her, the judge adjourned her case till December in a court ruling today but on stepping out of the courthouse, some Police undercover task force tried to abduct her but they were stopped by her lawyer and Rivers State Police force.

This is what she wrote on the social media today: 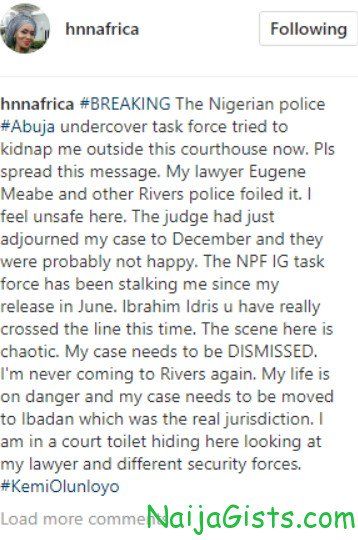 But why is Bishop Ibiyeomie not forgiving Kemi Olunloyo?.

As a man of God, he should show the love of Christ by forgiving her.

Updates: SARS police successfully abduct her and took her back to court, she was granted N150K bail with 2 sureties in like sum. Will update you shortly