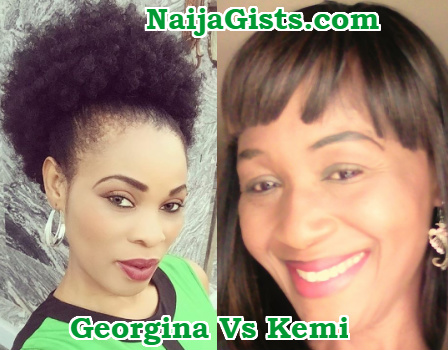 US-based Nollywood actress Georgina Onuoha is not taking things easy with notorious cyber bully, Kemi Olunloyo who has been coming after celebrities in the past 5 years of her return to Nigeria.

The actress who is currently in Ibadan with soldiers said she is waiting for Kemi Olunloyo to show her face so that her soldiers can beat her up ***really***.

When Miss Onuoha announced on Instagram that she is heading to Ibadan to arrest her, Kemi threatened to kill her but she later removed the post.

Georgina just shared photos of herself with security officials in Ibadan as they await Miss Olunloyo’s arrival. 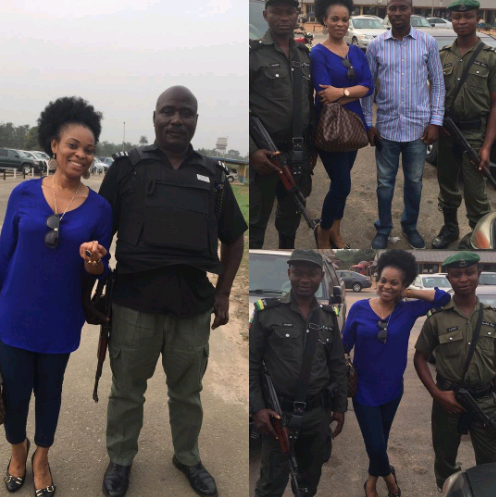 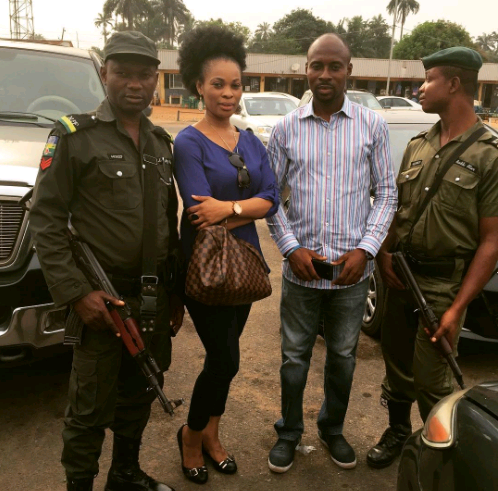 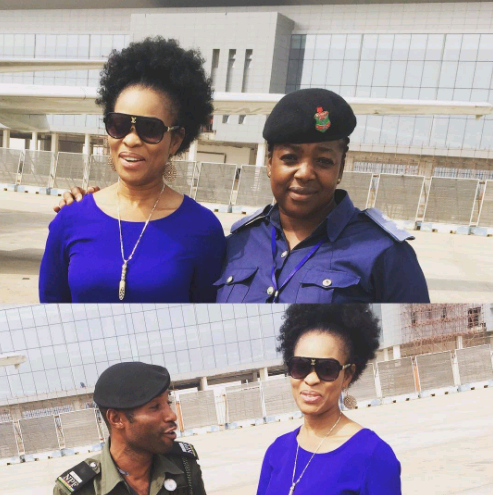 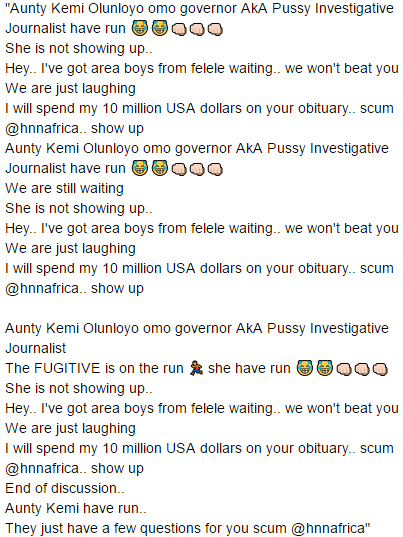 What a smart way to bully a bully. Bullying is a crime that most never be tolerated.

However, what many failed to realise is that Kemi Olunloyo is battling some mental issue that most believe was partly caused by her deportation and years of marital crisis.

Hope people will see it in this angle and just ignore all her incoherent social media rants.

Nigerians on the social media are paying this woman too much attention. Please it is time to put her in her place for now.

Hope her family will get her some medical help soon.